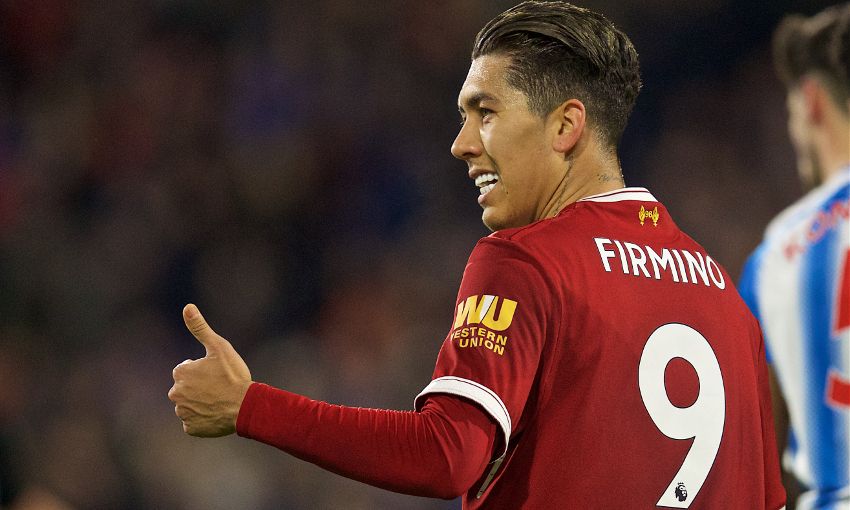 Jürgen Klopp admitted it is very difficult to select a Liverpool XI without Roberto Firmino after the forward bagged his 19th goal of the season at Huddersfield Town.

The Brazilian’s smart finish off the inside of the near post in first-half stoppage-time doubled the Reds’ lead against the Terriers, following Emre Can’s deflected opener.

Mohamed Salah put the seal on an important victory with a penalty 13 minutes from time as Klopp’s men responded strongly to successive defeats by Swansea City and West Bromwich Albion.

Firmino has long since surpassed his personal best goal tally in a single season for the club and Tuesday’s cool strike was similar in its composed nature to his efforts past West Brom and previously Manchester City.

Asked how crucial the No.9 has become to Liverpool’s system, the manager outlined why his consistency means he is a constant presence in the side.

“We have a lot of quality in the team, of course, but still sometimes [at a high level], sometimes [low], sometimes [in the middle] – not really consistent all the time in our offensive [play].

“But Roberto delivers, delivers and delivers. He doesn’t score all the time, he is not always brilliant, but if he is not brilliant then he works like a horse. It’s very important that you have this kind of stability there.

“Of course, there will be games when he cannot play, that’s absolutely OK. He played quite often, that means most of the time I think, ‘we should try it again with Roberto’.”