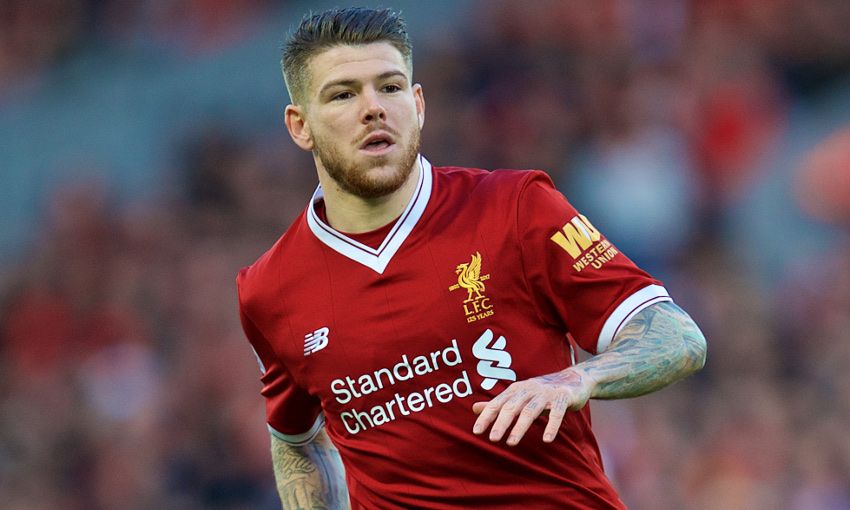 Fit-again Liverpool defender Alberto Moreno has vowed to do all he can to win back a starting berth from in-form teammate Andy Robertson.

Moreno had enjoyed first-choice status at left-back throughout the opening months of the season but suffered an ankle injury in early December that has kept him out of action since.

Consequently, Robertson has started nine of the Reds' last 10 fixtures, deputising admirably on the left hand side of defence and earning plenty of praise from manager and fans alike.

When asked about the No.26's performances, Moreno told Liverpoolfc.com: "You've got to be absolutely honest and sincere and say that he's doing really, really well. He's put in some great performances and played some great matches.

"It was tough for him at the start of the season, not being involved, I'm sure. It's also never easy to come into the first team mid-season, so I think he's coped with that really well."

The Spaniard went on to acknowledge that he faces a battle to regain a place in the starting XI, but insisted he is ready to put in the necessary graft at Melwood.

"It's always tough to get your place in the first team at Liverpool Football Club," he added.

"Obviously, as a result of my injury, [Robertson] has taken his chance and grabbed it with both hands.

"But I'm training really hard now and determined to do all that I possibly can through hard work to try and win my place back."

Moreno believes he was enjoying the best run of form of his professional career prior to sustaining his ankle injury - a fact borne out by his November call-up to the Spanish national team.

But the 25-year-old accepts that poorly-timed setbacks are part and parcel of football and is now focused on getting back out on the pitch as soon as possible.

"But whenever these things happen you've got to be strong mentally and keep your focus on getting back as quickly as possible.

"I've never been in such good form at any stage in my career - not just with Liverpool but with Sevilla as well - so it was a bad time. But that's football, it's full of ups and downs. In your career you've got to take the good with the bad.

"It's all about being strong and coming out better from such an experience and working hard to get back."