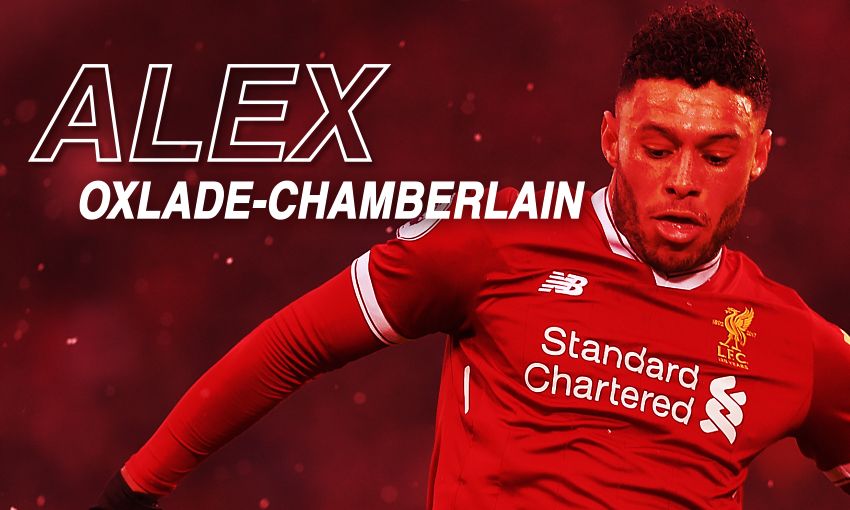 Inside Anfield: What you didn't see during Reds' win over City

A big character, a brave person, and not a player you want to come up against – Alex Oxlade-Chamberlain has not needed long to make an impression at Liverpool.

In a new series on Liverpoolfc.com, Joe Gomez talks us through the individuals that have helped to make Jürgen Klopp’s side one of the most prolific in the Premier League and Europe.

Part two turns the spotlight on Oxlade-Chamberlain, and specifically how the No.21 has used his infectious personality to positively influence a squad with major ambitions this season…

The 24-year-old made the bold move from Arsenal to Anfield on transfer deadline day last summer to join Klopp’s project ahead of what should be the peak years of his career.

He had to be patient at the beginning but with each appearance Reds fans have been afforded more frequent glimpses of the athleticism and nous that the former Southampton prodigy can provide to the team.

Six starts in the past nine games have given Oxlade-Chamberlain the platform to shine – and he repaid Klopp’s faith with his best performance to date in the 4-3 triumph over Manchester City last Sunday.

“He has integrated very well – a lot of the lads know him well from England and so on. He is a big character and a positive one within the team,” says Gomez.

His ninth-minute opener against the Premier League leaders set the tone for a determined Liverpool display at Anfield.

Deployed in a more traditional midfield role behind the front three, Oxlade-Chamberlain used his power and pace to surge into a patch of space at the edge of the City area and send a low, diagonal finish beyond the reach of Ederson.

His vision and touch later released Roberto Firmino to restore the Reds’ lead, while the manner in which he pressed and perturbed the opposition was straight from the Klopp playbook.

“He is a very, very good player – and in a number of positions as well. He is not just a midfielder or an attacker, he is very versatile,” Gomez continues.

“He has shown that already by playing in the three in midfield or in the front three. In both positions he is not someone you want to come up against; he is so powerful, his speed and strength are always a threat.

“The fact that he can have that speed and strength and also be a midfielder who gets the ball down and dictates play shows what kind of player he is.”

Not that this has come as a surprise to anyone in the dressing room.

“It was only a matter of time, and it was still very quick how he has adapted. He is playing so well,” adds his compatriot.

“It shows how well he has settled in and he has adapted to the style of play. He is already an important member of the team. It’s credit to him.”

Gomez and Oxlade-Chamberlain made the step up from lower-league football to the Premier League at similar ages, the former completing his move to Merseyside within weeks of his 18th birthday and the latter seven days short of the same age at the time he joined Arsenal.

But where the defender was a top-flight novice upon arriving at Liverpool, his senior colleague signed up with six years’ worth of experience at the level.

And, according to Gomez, that means the decision Oxlade-Chamberlain made at a crossroads in his career is all the more worthy of respect.

“I’ve come from humble beginnings and I’d jump at any chance I could get to come to a club like Liverpool. He was already at the top and has been there for a number of years,” he states.

“It says a lot about him as a person to make the decision he did. Liverpool fans are the type to understand and be appreciative of that.

“To choose to come and leave a club like that, with the other options he probably had, shows what kind of club this is and that he really wants to be here. Credit to him for doing that – he has come and proven why he has been at that level for so long.”