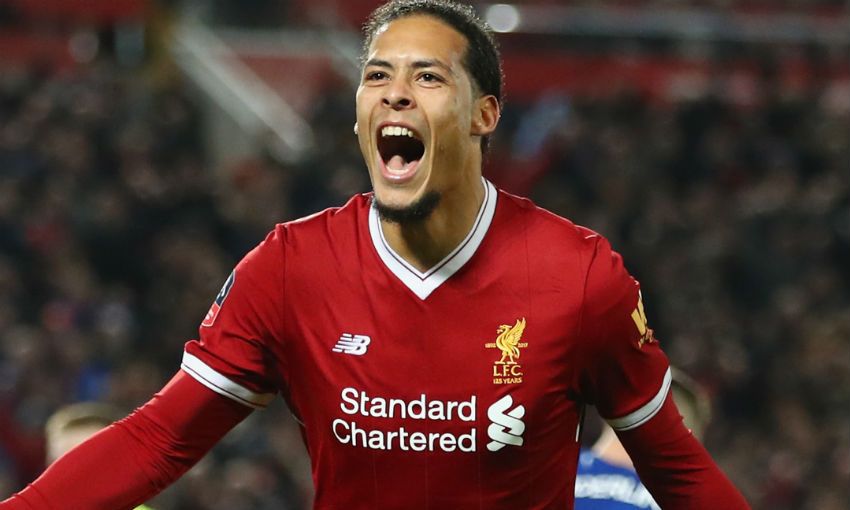 However, the boss’ confidence in his other centre-backs means the Dutchman will not start every game.

Van Dijk enjoyed a remarkable bow for the Reds in last Friday’s FA Cup third-round win over Everton, performing his defensive duties with a classy assurance throughout and popping up with a late headed winner at the Kop end to seal a 2-1 victory for Klopp’s team.

That match came only four days after the 26-year-old had completed his transfer from Southampton on January 1, and Klopp has since had a week to train his new No.4 ahead of Sunday’s clash with Manchester City at Anfield.

During his press conference to preview the game against the Premier League leaders, Klopp was asked what he had worked on with Van Dijk during that time.

“Not everything because even that is too short, that’s why other players have a pre-season, but I think the Everton game showed already that it’s a doable job to adapt him to the rest of the team,” the manager replied.

“It was quite impressive, come on, we have to say that it was a really good game against Everton. I was not sure before the game but then it was easy to say afterwards that I was very sure!

“But that doesn’t mean too much with the City game. The City game is a completely different game and the team things, the team tactics should be as tuned as possible.

“I didn’t make a decision so far if he is ready for that - the long-term for sure, the short-term, I don’t know, but the good thing is that all the other three boys are in a really good shape so that in this moment, if nothing else happens, then I should sleep OK thinking about that problem.”

Klopp went on to praise the recent displays of Joel Matip, Dejan Lovren and Ragnar Klavan, who have played their part in the Reds amassing an unbeaten run of 17 matches across all competitions.

“That’s still possible [that Lovren and Matip may start together], and Ragnar Klavan, who is in fantastic shape,” he continued.

“It’s not guaranteed [that Van Dijk will start every game] and that’s no problem, he should not. Even Virgil van Dijk should not play 60 games a season and stuff like that. That will never happen.”