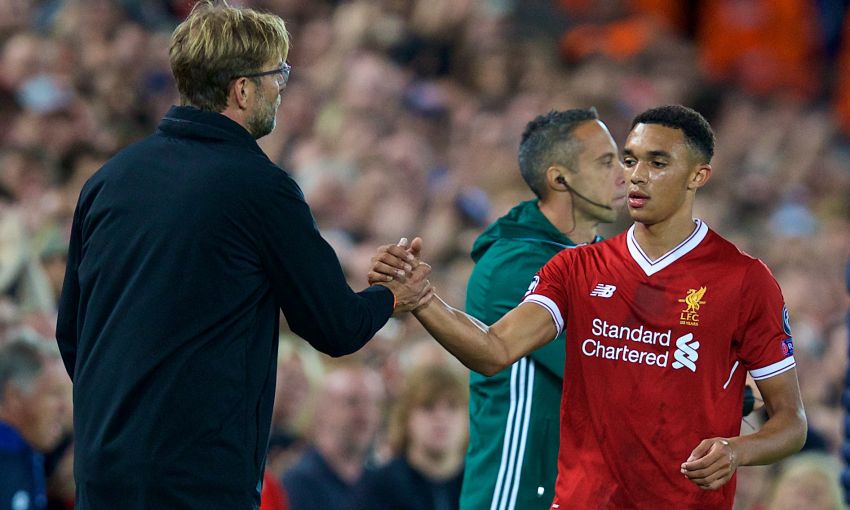 Trent Alexander-Arnold has highlighted Jürgen Klopp's man-management skills as one of his biggest strengths as a boss.

The teenager has risen from Academy hopeful to first-team regular under the German, making his Premier League and Champions League debuts for his boyhood club across the last two seasons.

As such, he has a good idea what it is that makes Klopp a top manager, and told 'This Is Anfield': "He’s really good with man-management.

"He knows how often and how long players can play for and how much the body can withstand on the pitch.

"He knows when to take a player off and when to put another one on and I think that’s something he does really well.

"His decision-making off the pitch is really good because he also knows when to give us a ‘down day’ and when to push other players because they need that little bit more in the tank.

"I think that has paid off and it shows with the physical numbers we come out with on a weekend. We run a lot in games and our numbers are really good.

"That’s down to the manager and the staff because their man-management is spot-on."

The No.66 also revealed the best advice he has received from Klopp thus far, adding: "Smile. Enjoy it!

"That’s a big thing because if you’ve got a smile on your face and confidence about you then you’re bound to play well in games, so that’s probably the best advice he’s given me."