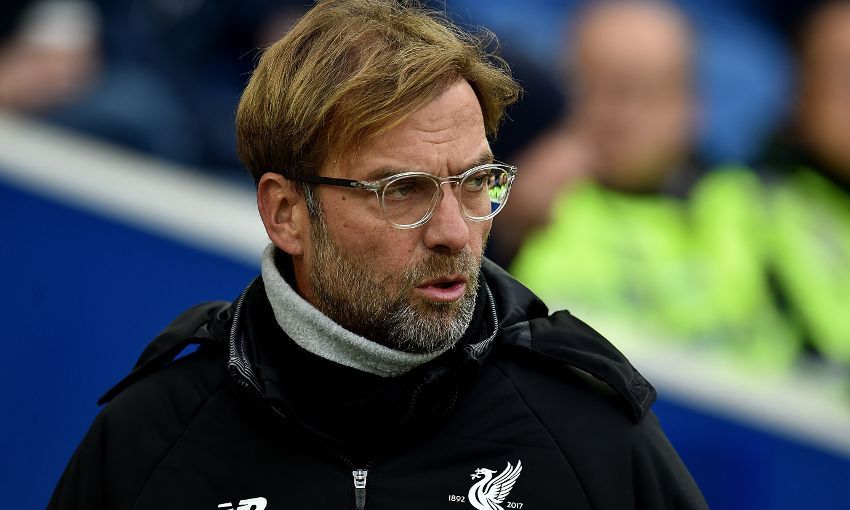 Jürgen Klopp believes Liverpool's win over Everton on Friday offered yet more proof that his players have learned how to win ugly during the busiest period of the season.

The Reds brought an end to a run of 14 games in just 49 days as they knocked their city rivals out of the FA Cup with a 2-1 third-round success at Anfield.

That result made it nine wins and five draws from what has been a gruelling schedule, the last three fixtures of which have seen Klopp's team clinch victory by a one-goal margin.

And the manager thinks that is down to the win-at-all-costs mentality his squad has fostered during their time together.

"We are all a little bit more experienced in this period of the season," Klopp told Liverpoolfc.com.

"It’s not about playing a style from the sky or whatever, we really have to work and get results. That’s all we need.

Having taken the lead through James Milner's first-half penalty, the hosts were pegged back just past the hour mark when Gylfi Sigurdsson finished off a breakaway move.

The response to that setback, which culminated in Virgil van Dijk heading a late winner, was the big highlight for the boss.

"It’s not my job to judge them but Everton played much better than the last game when we played them. But they couldn’t really create chances – we were always there and defended pretty well," he added.

"The goal they scored was a big mistake by us, bad protection; we slept a little bit and lost Lookman, he could run and Jagielka was free with a one-on-one situation in the box.

"It was quite dangerous at that speed and then Sigurdsson is completely free and for him it is an easy game to score that goal, there was no chance for anybody anymore.

"You need to react and we reacted. The first pass after the goal was the worst we played in the whole game – Joel, nice and easy, to a blue [shirt].

"But then we were back on track and did what we had to do in a cup game, a cup fight, a derby, being ready for hard work.

"If you wait for an easy game you will never have one. If you are always ready to work really hard then maybe there’s one or two in your whole career.

"We didn’t wait for an easy game, we were ready for a hard game – and that’s why we won."