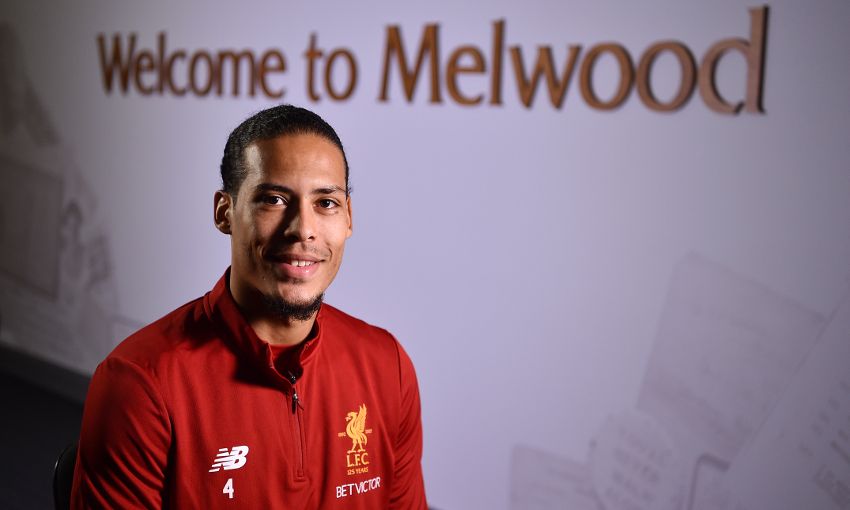 Joe Gomez sees the acquisition of Virgil van Dijk as a 'massive signing' not just for Liverpool but for his own personal development too.

The club agreed a deal with Southampton on December 27 to bring the Netherlands defender to Merseyside and the Reds’ new No.4 officially sealed the switch on New Year’s Day.

Gomez is delighted to welcome the 6ft4in centre-back into the squad and expects his new teammate to be another role model to follow as he continues to improve his abilities.

“Personally, for me, it’s someone else I can learn from,” the 20-year-old told Liverpoolfc.com.

“He is an experienced defender with a lot of quality. It’s another person for me to develop and learn from, the same as I have with Joel, Dejan, Raggy and so on. It’s nice to have someone else to try to help you develop. And for the team it is another massive signing.”

Van Dijk joins a team firmly in the Premier League top-four mix and with a Champions League last-16 tie against FC Porto in February to look forward to.

With the future transfer of RB Leipzig midfielder Naby Keita this summer already formalised too, Gomez echoed the sentiments of Georginio Wijnaldum regarding the excitement within the Liverpool ranks at present.

He added: “It shows the [stature of the] club and the faith people have in what the manager is trying to build here.

“It shows what type of manager we have got, that people want to come and play for him. I know everyone here has that feeling – they just want to play and do well for him.

“It’s nice to be in a squad with so much world-class talent. It gives you confidence when you go out on the pitch that teams are thinking, ‘we’ve got a tough task today’. And now there is another massive addition with Van Dijk.”