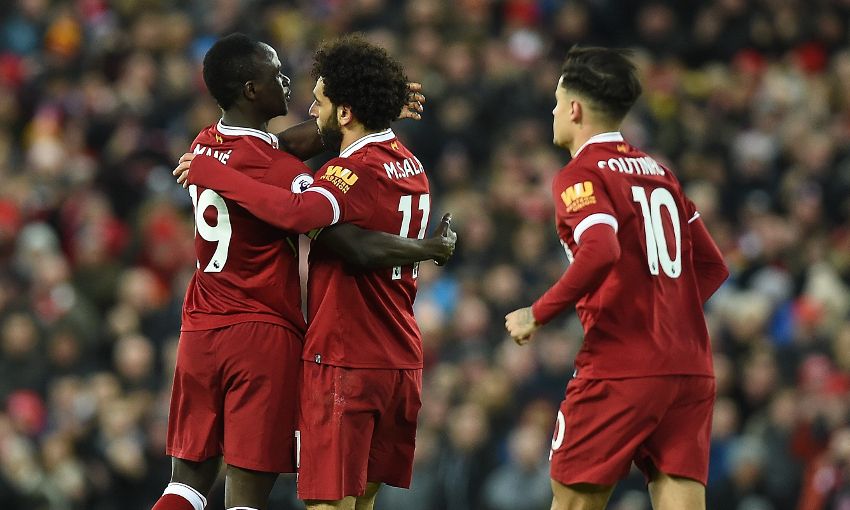 Mohamed Salah grabbed a brace as Liverpool came from behind to beat Leicester City 2-1 at Anfield in their final game of 2017.

In a hard-fought encounter, Jamie Vardy tapped the Foxes into the lead after just 100 seconds as he converted Riyad Mahrez’s cutback from close range.

The Reds piled on the pressure in an attempt to restore parity – and after spurning a series of first-half chances, they finally drew level through Salah’s calm finish just after the break.

And the No.11 made sure Jürgen Klopp’s side signed off from the year with a victory as he spun Harry Maguire on the edge of the box and coolly slotted home to decide the outcome of the contest with 13 minutes remaining.

Liverpool made five changes to the team that began the 5-0 win over Swansea City on Boxing Day as Loris Karius, Joe Gomez, Dejan Lovren, James Milner and Mane came into the line-up.

Liverpool began the game looking for a second home win in the space of five days; however, they were left stunned with barely two minutes elapsed on Merseyside.

Vicente Iborra’s driven pass picked out Mahrez’s run into the box, behind the Reds’ backline. The forward steered it back across goal into the path of Vardy, who scooped into the roof of the Kop end net from six yards out.

The hosts may have been shocked, but they almost restored parity when Salah took a touch on Mane’s pull-back before arrowing wide of the near post.

Moments later, the Egyptian was sent scampering into space by Milner’s pass forward, though he was thwarted by Maguire’s excellent sliding challenge. 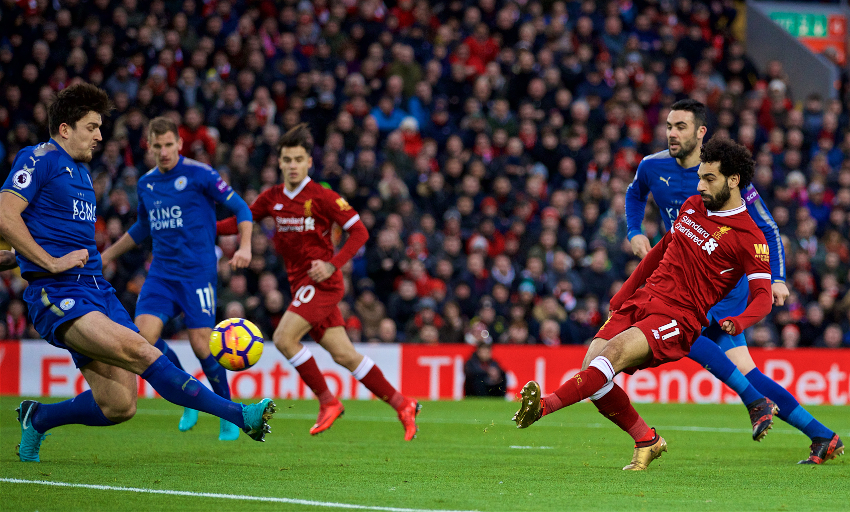 Next, Philippe Coutinho’s crisply-struck drive from range warmed the palms of Kasper Schmeichel before Mane turned home Andy Robertson’s delivery from the left, only to have his celebrations cut short by the sight of a raised flag.

Then, on 20 minutes, Salah threatened once more, playing a one-two with Roberto Firmino to glide into the area, only to see his attempt to lift over Schmeichel skew wide of the upright.

The Leicester goalkeeper was next called into action to parry Firmino’s stabbed effort from the edge of the box before Gomez scraped the roof of the netting with a chest-and-half-volley from the corner of the box.

But the visitors were able to see out the remainder of the half and head back to the dressing rooms holding the advantage.

Liverpool began the second half assertively – and their pressure finally told seven minutes after the restart as top scorer Salah grabbed his 22nd of the campaign.

Mane’s clever back-heel found the No.11 inside the area and he side-stepped Wilfred Ndidi majestically before rifling beyond Schmeichel.

The Reds weren’t finished there, though, and Salah caused havoc again when he sped into the box and lofted an effort over Schmeichel from Coutinho’s pass, but onto the roof of the net.

The Foxes did go close to regaining the lead when Ndidi cracked a strike an inch wide of Karius’ post from a corner cleared to the edge of the box. 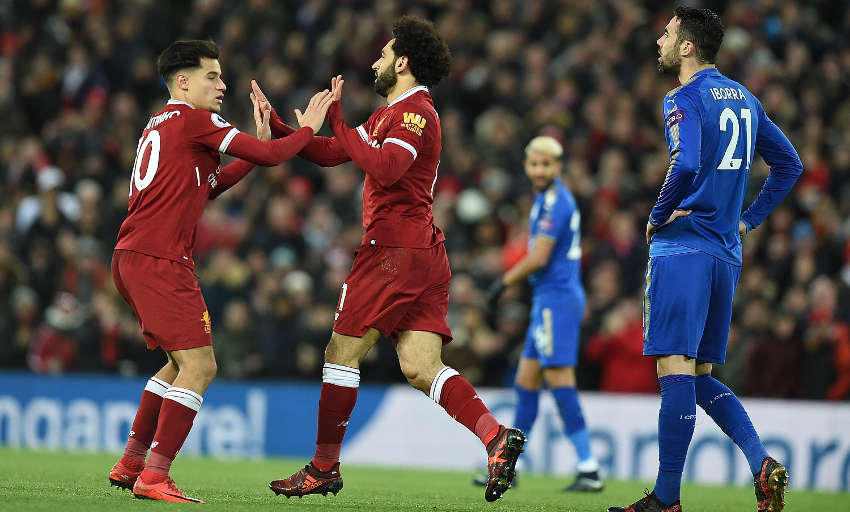 With the game entering its final straight, Alex Oxlade-Chamberlain was introduced for Mane and Coutinho cut in from the left, only to have a whack blocked by the gloves of Schmeichel.

However, Leicester’s resistance was broken for a second time when Salah struck once again with 13 minutes left on the scoreboard.

Collecting Milner’s pass with his back to goal on the edge of the box, the forward rolled Maguire to leave the Blues defender on the ground before sweeping home at the near post.

Claude Puel’s men conjured up some late pressure on their opponents’ goal, but Liverpool had done enough to sign off from the calendar year with a win.