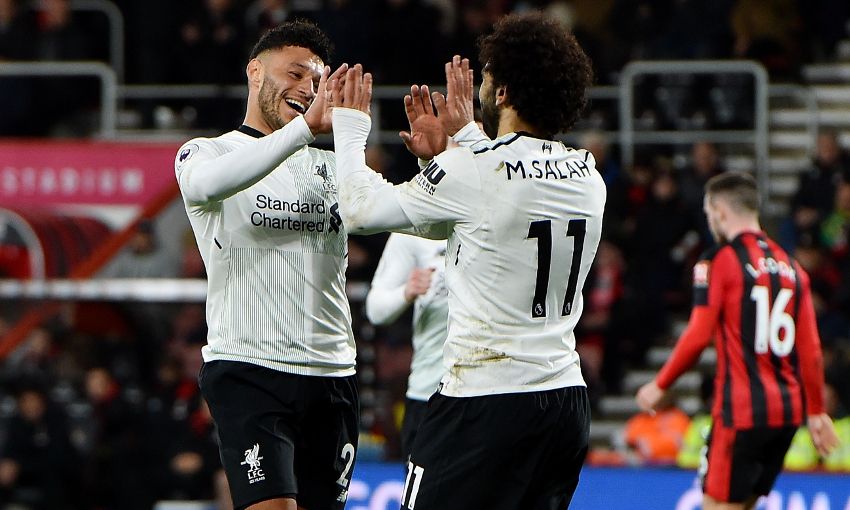 Liverpool moved up to fourth in the Premier League after they recorded an emphatic 4-0 victory over Bournemouth at the Vitality Stadium on Sunday afternoon.

Philippe Coutinho started the scoring with a magnificent solo effort, bamboozling the Cherries defence with a run from the left and a neat near-post finish.

Dejan Lovren grabbed the second moments later, converting Roberto Firmino’s ball back into the danger zone at a corner with a diving header.

Mohamed Salah claimed the visitors’ third with another strike of individual brilliance just before the interval and Firmino glanced in just after the hour to make it 4-0 and wrap up a fine afternoon’s work for Jürgen Klopp’s side.

Four changes were made to Liverpool’s starting line-up as Simon Mignolet, Joe Gomez, Jordan Henderson and Alex Oxlade-Chamberlain began. Emre Can missed out due to a one-match suspension, but Adam Lallana was named on the bench.

Liverpool began assertively on the south coast as they sought to return to winning ways after back-to-back home draws with Everton and West Bromwich Albion.

Coutinho mustered the game’s first attempt on goal with three minutes gone when he looped a header from Oxlade-Chamberlain’s cross over the bar.

Gomez then was an inch away from picking out an unmarked teammate inside the box with a searching ball from the right that just evaded those in white.

Next, Coutinho whipped a free-kick around a Bournemouth wall but against the inside of the post with Asmir Begovic beaten before Salah expertly controlled a Henderson pass in the box and struck wide of the post after cutting onto his left foot.

But the Cherries’ resistance was finally broken on 20 minutes – courtesy of some sublime solo quality from Coutinho.

Collecting the ball on the left, the No.10 danced his way into the centre of the box, evading Simon Francis and Nathan Ake, before coolly slipping a reverse shot into the near bottom corner. 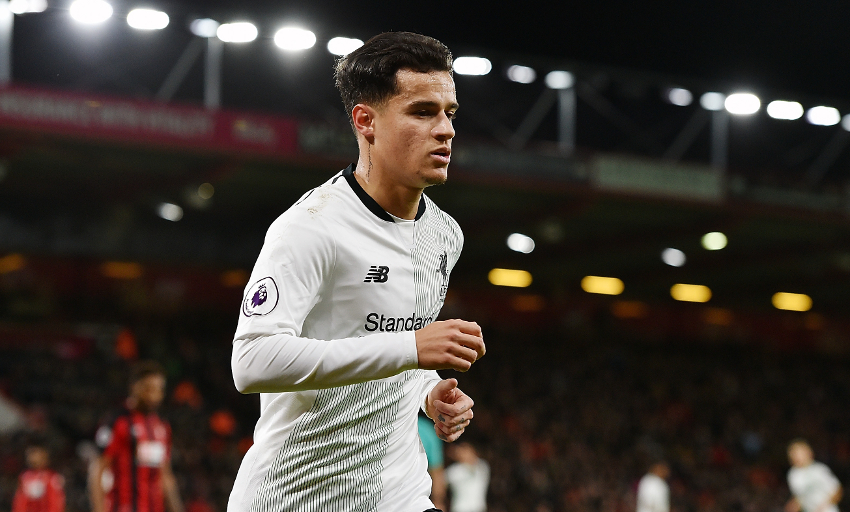 Salah again threatened and Firmino had a close-range prod blocked by a defender in front of goal before Liverpool did grab a second.

First Georginio Wijnaldum at the near post and then Firmino at the back showed great improvisation to keep Coutinho’s corner alive and Lovren stooped to nod in from inside the six-yard box.

The Reds were afforded a real let-off six minutes prior to half-time, however, when Jermain Defoe escaped in behind the visiting defence and steered a shot beyond Mignolet but against the base of the woodwork.

At the other end, Coutinho and Salah combined to almost devastating effect as a one-two sliced open Bournemouth, but the latter’s attempt to nudge home was thwarted by a sprawling stop from Begovic.

But the Premier League’s top scorer wasn’t to be denied a moment later when he furthered Liverpool’s stronghold with another moment of individual mastery.

Collecting Oxlade-Chamberlain’s pass down the right, Salah scampered into the area, gliding beyond three Cherries players, before delaying his shot and eventually guiding the ball across Begovic and into the bottom corner.

It was the Egyptian’s 20th of the season so far in all competitions. 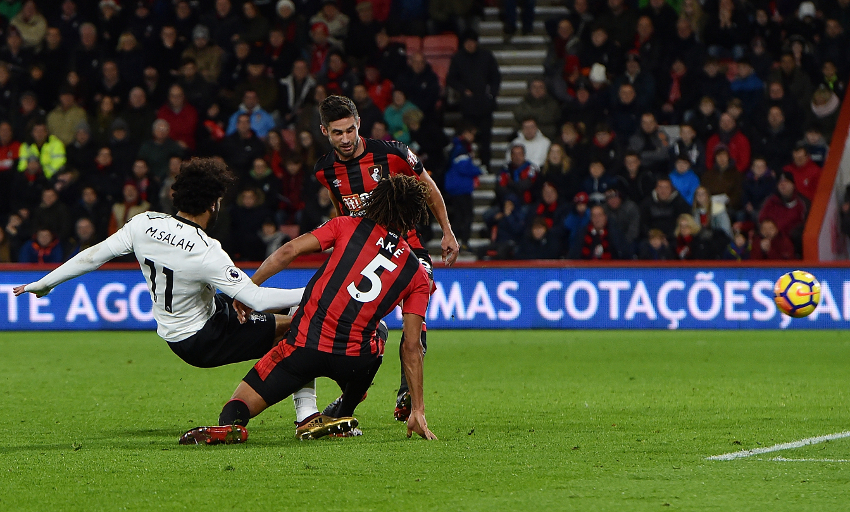 Bournemouth sent on Ryan Fraser during the interval – the man who’d helped engineer their comeback against Liverpool at this venue a year ago – and he crashed a shot into the side-netting in the early exchanges.

Meanwhile, Oxlade-Chamberlain’s powerful surge into the area after winning possession back resulted in him cannoning a strike against the upright.

Mignolet needed to be alert to keep out a curler from Defoe and any hopes of more drama in this season’s version of the fixture were quelled when Firmino nodded in the Reds’ fourth, meeting Coutinho’s cross with a glancing header to divert beyond Begovic.

As the game edged towards its conclusion, Lallana was introduced in place of Salah, while Firmino and Coutinho made way for Dominic Solanke and Danny Ings before the end.

And Ings went close to extending Liverpool’s lead to five when he struck the side-netting from Lallana’s lay-off.