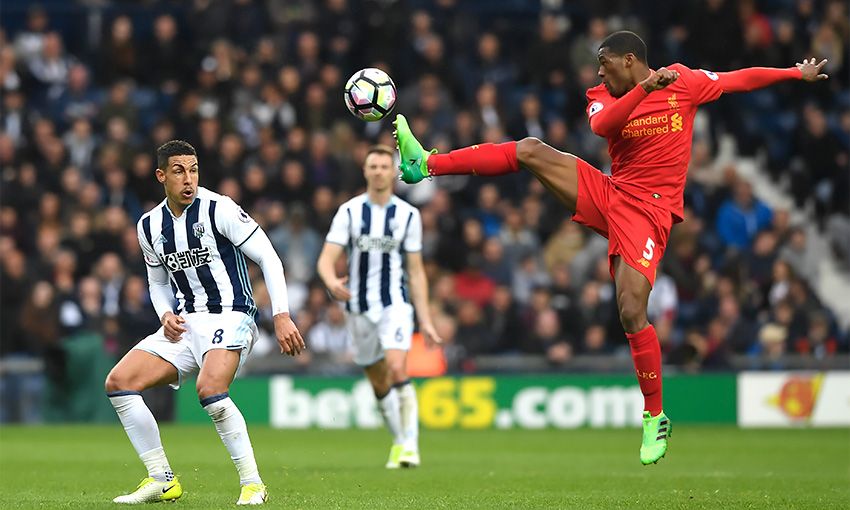 Liverpool host West Bromwich Albion at Anfield on Wednesday night knowing victory would move them back into the top four of the Premier League.

The two clubs have gone head-to-head on 22 previous occasions in the league, with the Reds winning 14 of those fixtures.

But how have LFC fared in their most recent meetings with the Baggies? 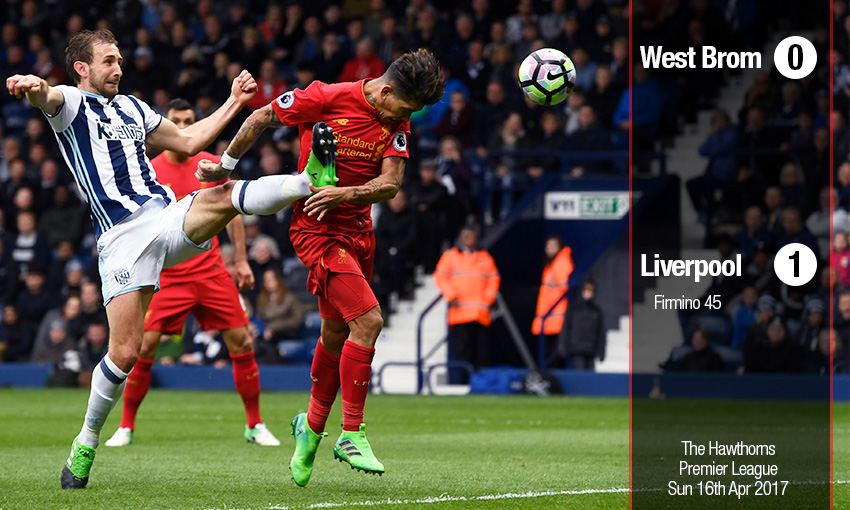 Roberto Firmino scored his 11th Premier League goal of the season as Liverpool claimed an "ugly" win at the Hawthorns to move up to third in the table.

Jürgen Klopp's side had practiced defending the long-ball in the swirling winds at Melwood ahead of this clash but the game was largely won in midfield, where man of the match Emre Can was involved in more duels (20) than any other player on the pitch.

Firmino's first-half header meant the Brazilian had topped his Premier League goal tally from the previous season as the Reds claimed their 17th league double over West Brom. 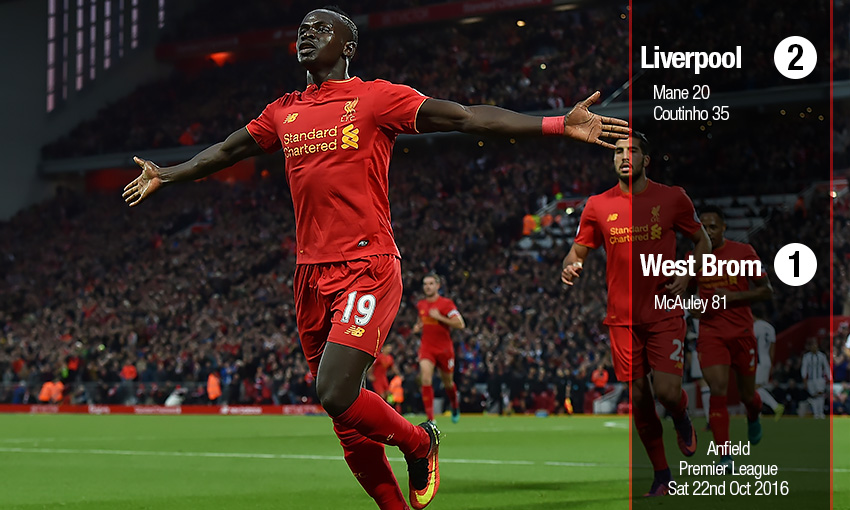 Summer signing Sadio Mane scored and assisted for the second time in his four Premier League appearances at Anfield as Liverpool extended their unbeaten run to nine games in all competitions.

Philippe Coutinho was the beneficiary of Mane's assist, beating defender Gareth McAuley and firing into the bottom corner to score his fifth goal of the season.

Liverpool would have gone top of the table with a two-goal win but McAuley's late strike left the Reds behind leaders Arsenal on goal difference. 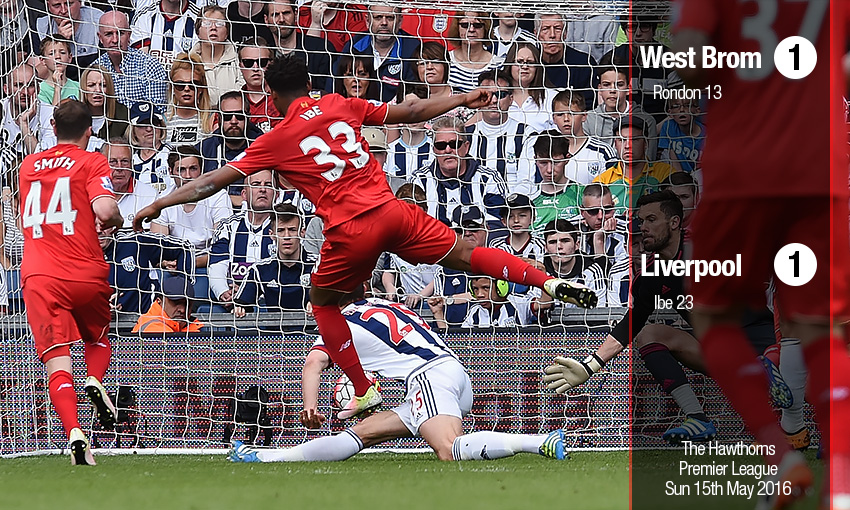 Spanish winger Sergi Canos made his debut in this one to become the 34th different player fielded by Liverpool in the 2015-16 Premier League campaign - four more than in any previous season.

Jordan Henderson and Danny Ings made their returns from injury as Jürgen Klopp made 11 changes for the final league game of the season with a Europa League final against Sevilla just three days later.

Jordon Ibe's wonder-goal equaliser, which came in the 23rd minute, was actually the last shot on target from either side during the match. 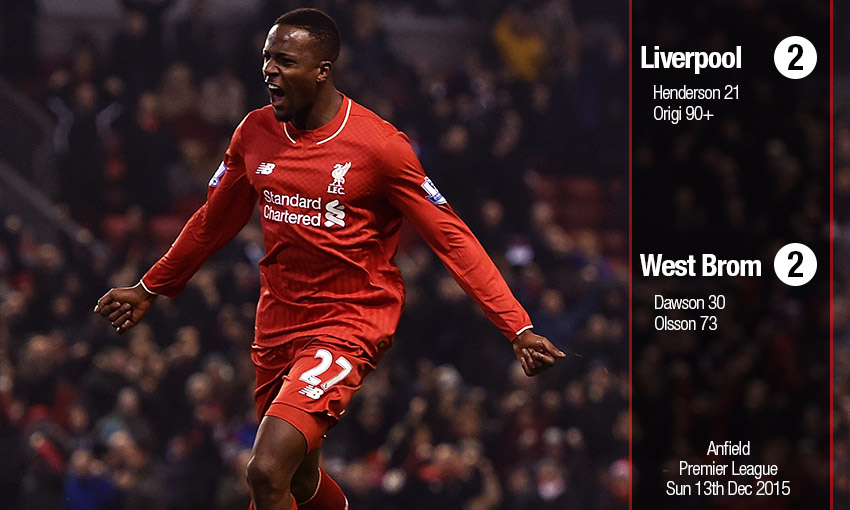 Jordan Henderson finished off a flowing 20-pass move to open the scoring at Anfield but the Reds looked doomed to defeat until Divock Origi struck deep into injury time, prompting Jürgen Klopp to lead the players in celebration in front of the fans.

Emotions were running high after Dejan Lovren had to go off injured following a tackle from Craig Gardner and it was in the fifth minute of time added on for that stoppage that Origi struck to prevent a second successive defeat for the Reds.

Liverpool had dominated the game with 70 per cent possession and 28 attempts on goal - compared to the visitor's four. 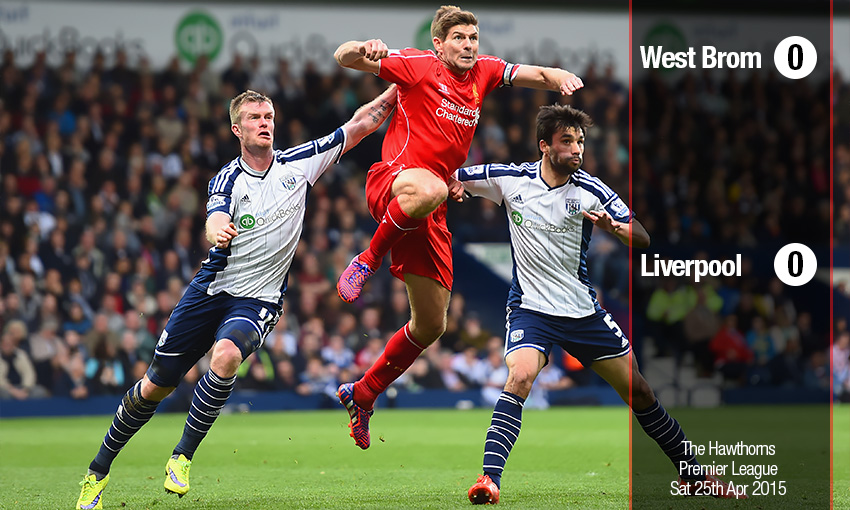 Steven Gerrard made his 500th league appearance for Liverpool but the MLS-bound skipper was unable to cajole his side to victory on this occasion.

Philippe Coutinho went close to opening the scoring against a stubborn West Brom and Jordon Ibe hit the woodwork as Brendan Rodgers' side enjoyed 73 per cent possession at the Hawthorns.

"If the players play like they did today nine times out of 10 they would win," the LFC boss said after the game.