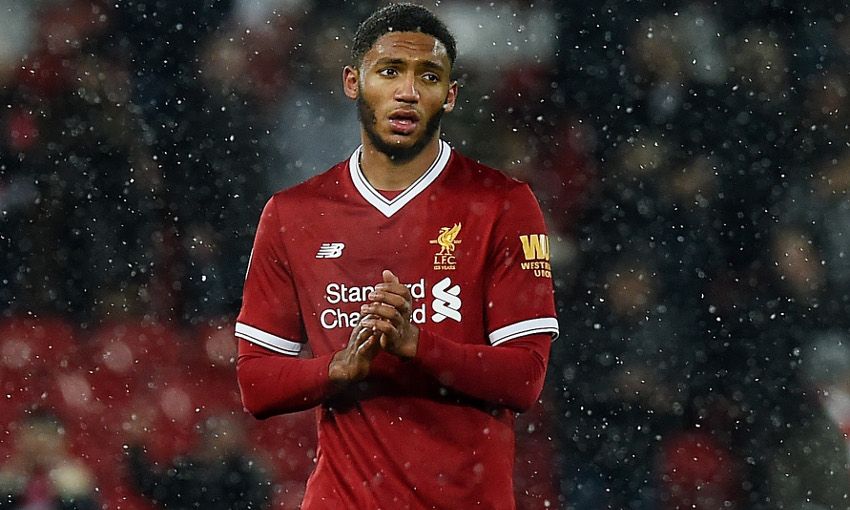 Liverpool failed to make their dominance count as the score ended 1-1 at Anfield, with Everton skipper Wayne Rooney's spot-kick cancelling out a brilliant Mohamed Salah strike.

After the game, Gomez was keen to look forward rather than back, and said of the midweek clash with the Baggies: "That's one of the positives.

"Obviously it's tough, it's a gruelling schedule but it gives you a chance to try and fix it straight away."

The Reds enjoyed 79 per cent possession as the Toffees looked to soak up pressure across the 90 minutes, but couldn't turn their dominance of the ball into more than one goal.

Gomez admitted the fact the hosts largely controlled the game only makes the end result more frustrating, but he believes he and his teammates did everything they could to win.

He added: "In the end it's frustrating because we thought we were the better side. I think we dominated, that was clear with the football we played and so on.

"Obviously, they got a penalty - whether it was one or not, I don't know. They've equalised and it's just frustrating and [ruins] some of our hard work.

"But we've got to take the positives from it: I think we all put in a good fight and we knew the importance of the game and what it means and we all did our best.

"We've seen it a few times this season at Anfield - people know the attacking threats we have and tend to sit off a bit, especially because we are so quick on the counter.

"They came here with that gameplan and tried to sit off and when they got their goal they carried on, so it made it hard for us.

"We've just got to move onto the next game and take the point. If we score the second goal - and we had some chances - then it puts it to bed.

"It's hard to break down a block again when we concede quite late on."