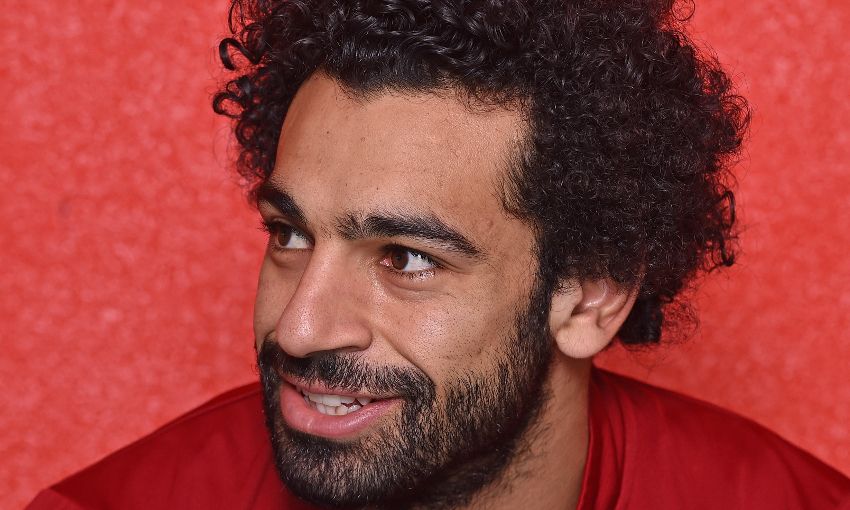 Mohamed Salah was born in Basyoun on June 15, 1992. Just 17 years later, he was making his first-team debut for Arab Contractors. Here, Mo opens up on his early years and explains how he broke into professional football…

I first fell in love with football when I was a kid, around seven or eight years old. I remember watching the Champions League all the time and then trying to be like the Brazilian Ronaldo, Zidane and Totti when playing out in the street with my friends. I loved those kinds of players, players who played with magic.

I’d also play football with my brother, but he’s not that good! Well, not as good as me! But I also had all of my friends always playing football, so I’d play with them too. I have an older friend and he’d always tell me, ‘you will be a big player one day’. He was my best friend back then and even now, he’s still my best friend to this day.

It was when I was 14 that I first signed with Arab Contractors (El Mokawloon) and my career in the professional game began – but it was a tough time for me.

I had originally been playing for a club that was half an hour away from my village in Basyoun. Then I signed for a club in Tanta, which was one-and-a-half hours away. From there, I went to Arab Contractors in Cairo, so it was a four to four-and-a-half-hour journey five days a week to get to training.

I was having to leave school early to travel to training. I would go in from 7am until 9am and then I had an official paper to give to my club to say, ‘Mo can leave school early so he can reach the club at 2pm to train’. So I was only at school for two hours a day during that time. Now, everything would be difficult if I was not a footballer, I think!

For five days a week, every week for three or four years, I would make this journey. I was leaving at 9am in the morning, then I would arrive at the training ground at 2pm or 2.30pm. Training was always at 3.30pm or 4pm. I would finish training at say 6pm, then I’d go home and arrive at 10pm or 10.30pm. Then it was eat, sleep and then the day after the same thing.

And it wasn’t just taking one bus – I’d have to transfer buses three, four or even sometimes five times just to arrive at training and then back home again.

I still remember everything from my youth very clearly, but it is difficult to say at what age I began to realise I could make a career in football. When I was maybe 16 or 17, everything became bigger for me. Now I was with the first team, so I was very close to becoming something. But before that, I was young and I just wanted to play football and enjoy it. I was scared not to become a footballer, but I did my best and hoped in the end everything would be fine. But at 16, everything became bigger when I made my first-team debut.

If I hadn’t become a footballer, I cannot say what I might have become because ever since I started playing at 14, everything in my mind was about becoming a footballer. It was a question, ‘what will I be?’, but it was difficult to say because I had nothing else in my mind. If I was not a good football player, I am sure my life would be difficult now because I gave everything for football.

When I look back, the memories of my time with Arab Contractors are good ones. I was young and I had a dream.