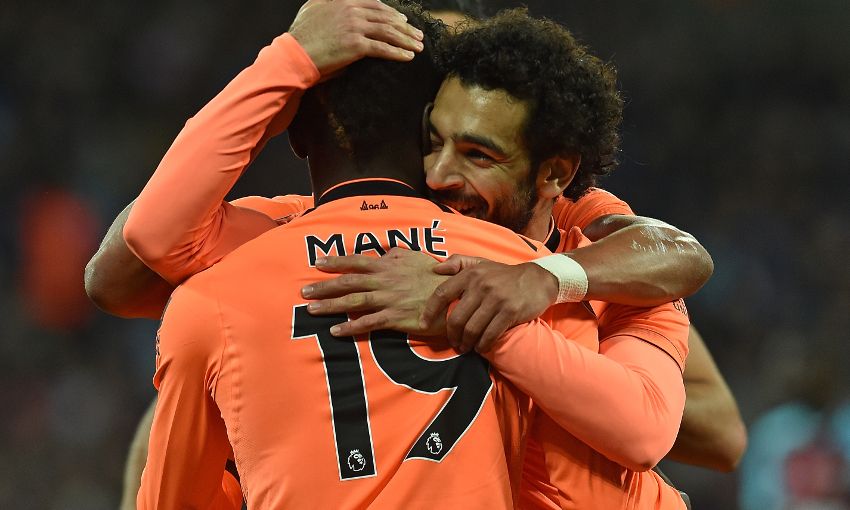 Mohamed Salah credits his confident approach to a new start at Liverpool as the key to a stunning run of personal form since arriving in the summer.

The Egyptian was on target twice as Jürgen Klopp’s side claimed a 4-1 Premier League victory at West Ham United on Saturday evening, taking his goal tally to 12 for the club.

It has been a dream beginning to his Reds career and, as well as the support of his teammates, Salah highlighted his self-belief as crucial to hitting the ground running.

“I had confidence from the beginning. I was happy to come here,” the No.11 explained to BT Sport after the final whistle at London Stadium.

“I had two great seasons in Rome so I had confidence to come to England again. That was the plan. I have to carry on and keep looking forward to the next games.”

Watch: The best of Salah's two-goal show at West Ham

After Salah put Liverpool ahead at the end of a blistering counter-attack alongside the returning Sadio Mane, centre-back Joel Matip doubled the lead from a corner.

Manuel Lanzini halved the deficit briefly in the second period but Alex Oxlade-Chamberlain instantly struck back and Salah sealed three points with an outstanding low drive.

“We started the game very well and scored at the beginning. That helped us. It’s a good result in the end and we have to carry on and keep looking forward,” he added.

“We have great players up front and we have a great team. Everyone wants to give everything and I’m happy that everyone is doing well. I’m happy for the team to get the result.”