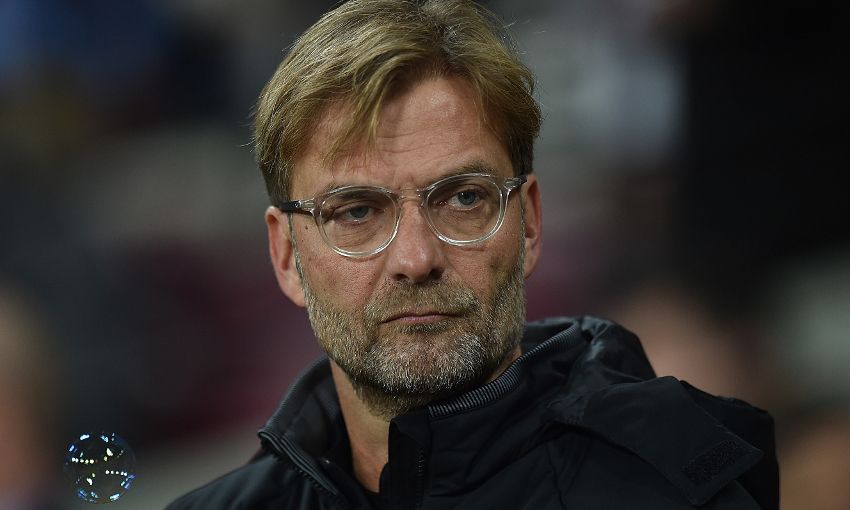 Jürgen Klopp explained how Liverpool deployed a change in system to help them to a 4-1 victory over West Ham United at the London Stadium on Saturday night.

Starting with a 4-4-2 formation, a quick-fire double from Mohamed Salah and Joel Matip put the Reds into a two-goal lead after 24 minutes, but Manuel Lanzini gave the Hammers hope just after half-time when he reduced the arrears.

Sadio Mane was something of a surprise inclusion in the starting XI ahead of kick-off, while the Reds lost the services of Jordan Henderson to injury. The skipper’s absence meant Georginio Wijnaldum was forced to find a pair of boots this morning after originally being ruled out with an ankle issue.

Read on for what Klopp had to say about all of this and more in a summary of his post-match press conference in London.

On his thoughts on the result and performance…

Don’t forget Roberto Firmino on a day like this. He didn’t score and he was really angry he didn’t. I said to him, ‘What a performance!’ and he said, ‘But I want to score!’. It was very important to have these players. You can have the best match plan in the world but if the players are not good enough for it then it doesn’t help. Players decide the games on the pitch, especially the good games.

We had a few very difficult things to decide since yesterday. Bringing Sadio Mane in from the beginning after his injury, after one session and then yesterday the second session with the team, I never did it before, to be honest. Obviously it was not the worst idea I’ve ever had! We changed the system and yesterday was the first time we did it, 4-4-2, which looked maybe from the beginning like a very offensive line-up, we had a different idea - we wanted to defend deeper, more compact and using the space which we had for the counter-attacks. We will never know how it would have been if we don’t score the first one, I think it was kind of an open game up until then. We had to get used to it a little bit, it was difficult for the boys to wait a little bit more for the challenge than jump always.

We scored the first one, fantastic counter-attack. We scored the second one, our second set-piece goal in one week. I don’t think I have had that since I’ve been at Liverpool, so that’s really special. I did have two set-piece goals in one week or more, but on the other side! Then, 2-1 after they made a change. Andy Carroll is a threat. Each high ball he is really working hard for it. He is not the only threat, though, and we had the smallest in the box score [Lanzini] but everyone is looking at him [Carroll], so we were a step too late in the other challenge. That was our mistake, but we responded again - outstandingly good. It was a fantastic situation from Roberto Firmino; you thought, ‘What will he do with this ball?’ but he thought ‘Let’s run in this direction and pass the ball to Ox’. Ox had two tries and used the chance. Then the fourth one, again brilliant play of Sadio Mane and Mo Salah what a finish.

That’s the story of the game and so far, unfortunately for us, games have not been like this often enough. But for today and this week, it is a fantastic week. Two weeks ago I was not far away from here [at Wembley] and I felt quite different, but now we have responded on that really well. We knew after that game at Tottenham we were bad - Tottenham were obviously good, but we were the main reason for this result so we wanted to strike back and the boys did with really, really nice results.

On when he decided to start Sadio Mane…

I actually decided after one session, but he had another one yesterday. Sadio is a naturally fit player, he is a little machine. When we trained after the Maribor game on Thursday, [he] was a little bit stiff in the beginning but then you can see he starts enjoying the intensity. That’s why we decided we should try it. I asked him because I could not see how he felt after that session. I said in the press conference yesterday he is ready for 25 minutes, but obviously he was ready for 25 minutes plus. That’s good for us. 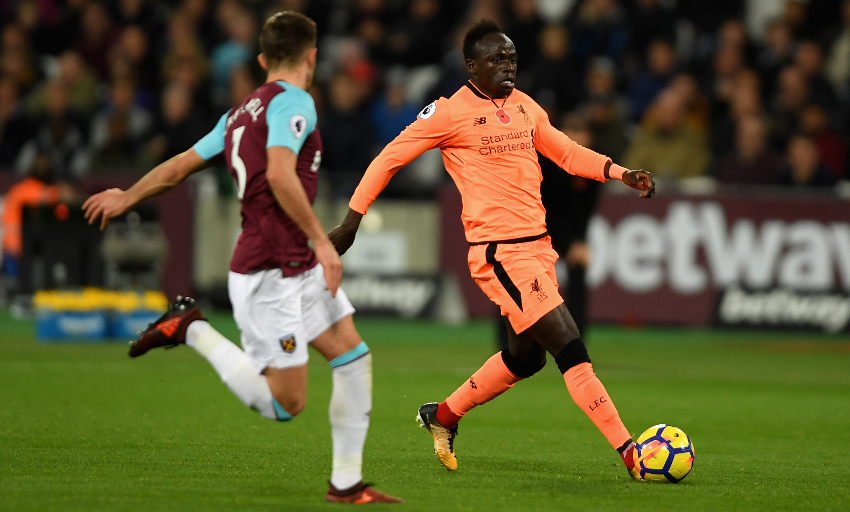 On losing Jordan Henderson to injury before the game, but gaining Georginio Wijnaldum…

The day didn’t start well. We did all the tactical things yesterday with the new system and with Jordan on the No.6. He told me he could play but unfortunately the medical department thought a little bit different. After a week like this, it is normal the players feel a little bit with their muscles. I had to make this decision and he was not in the squad. If he cannot start then you cannot bring him in and then after 10 minutes we have to make another change. Maybe he could have [played], I am not sure. It was not the best news I got today but it was even more funny because Gini Wijnaldum tried yesterday and after training we said no chance. Then overnight he improved. We took him with us, but only to be closer to the doctor. He had no boots. This morning he had improved a lot so we could try, we only had to organise boots. I’m not sure where we got them from!

On whether his team resolved to provide a response to post-Tottenham criticism...

I don’t listen to what the media says because it makes no sense. If we are bad, I know it before you can write it. It was not a good response on the [first] Maribor game. It’s not that we would compare Maribor and Tottenham, it’s just that we had a 7-0 during the week and Tottenham had an intense game against Madrid but we came [to London] and we were not spot-on. It should not happen, it didn’t happen very often with my teams, but it is my responsibility that they are spot-on. For five or 10 minutes [after games], I need to be allowed to be really angry. I was, I was still angry the next morning, so we spoke about the game.

That’s how it is, not to blame single players like you do but to blame the team, [as] is right. It was not the centre-half who made the mistakes, if the centre-half who made a header challenge, the whole team didn’t protect that situation. And we have to change that. It was one of the things we did a lot since then. I thought we knew it already but we obviously forgot it and we had to [learn] it again. That was one of the reasons why we changed systems today. It looked like a very offensive line-up but it was a very defensive line-up. We had two No.6s, clear No.6s, two real midfielders on the wing in Sadio and Ox, and Roberto and Mo had to really defend. That helps the last line and that’s what we did and, for today, it worked.

On the fit-again Mane heading off on international duty...

I am always worried, to be honest. It is the most difficult time for me. [Injuries] can happen every day; it can happen in our training, in their training, it can happen in a game, but that’s how it is. I have no problems with international games, I’m really happy for Senegal that they could go to the World Cup and they need Sadio Mane for this, I understand, he is fit to play. The only thing I would ask is if they can make it in the first game then it would be cool if he could come back and could make the preparations for our game against Southampton. I cannot decide things like this, I don’t even try, but we are in contact. First, he goes there and he recovers and has a long flight, then he will play the game, good news for Senegal. He needs real recovery - if you know the coach of Senegal, tell him - after this game today and then he will be ready for South Africa.

On a return to positive goal difference...

I didn’t mention it in the meeting but I like to have it. When you win 4-1 at West Ham, could I go in the dressing room now and shout at them for conceding a goal? Fortunately I am not like this. We have now plus four, if you had told me that before the game I would have taken it 100 per cent. However, 7-3 or 7-4, I don’t care - plus four is good. 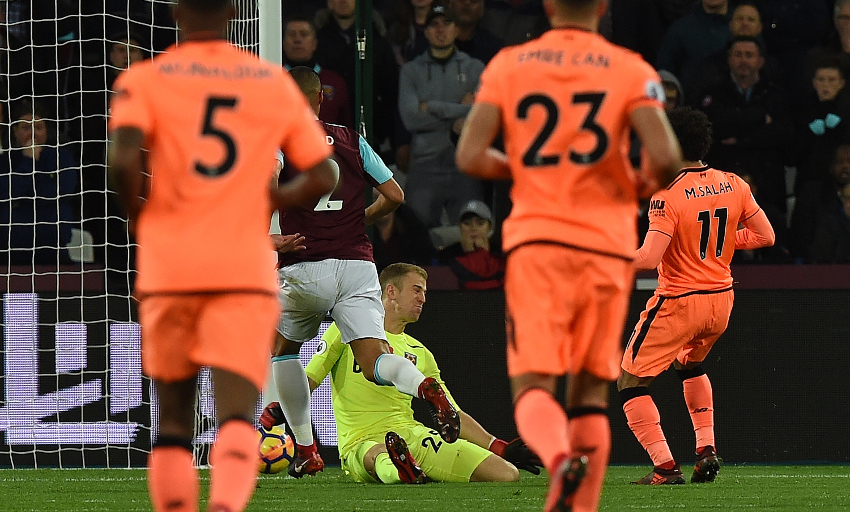 On whether Mohamed Salah's impact has surprised him...

No, we watched him so often, saw him so often. The scouting department was really behind me and wanted to do it even earlier so that nobody else could jump in. We had a lot of different options but he was the decision of all of us. When you find a situation where everybody who is doing the job agrees about a player then you can be sure it will work. Yes, it is really nice to have him in the team. He is a real goal threat. He’s an offensive midfield player who is more a striker, that’s true, and he needed to adapt a little bit to the different style. He played very often as a second striker at Roma with [Edin] Dzeko. Today he had the position, obviously he likes it. We will see what we make of it. Now they all go away and we hope they all come back healthy, that’s the most important thing. Adam Lallana will be back, Phil Coutinho, Sadio, Hendo of course. That helps us a lot, we have a lot of games, the most busy time is coming now.