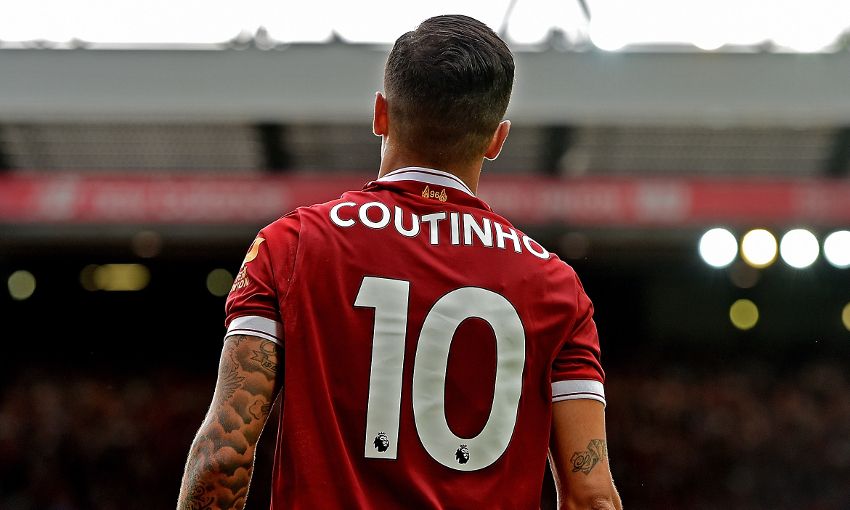 Philippe Coutinho will aim to score for a fifth consecutive away game when Liverpool face Tottenham Hotspur at Wembley this afternoon.

Find out more about how the Brazilian is chasing down a John Barnes record – and more of the most interesting pre-match facts, courtesy of club statistician Ged Rea – by reading on…

In league and cup, Coutinho has scored in each of the last four away games. The last Liverpool player to achieve the feat in five successive matches away from Anfield was Barnes, who did so in a run of eight in a row on the road (April to September 1990) which included an FA Cup semi-final at Villa Park and a Charity Shield at Wembley.

The two teams have met 50 times in the Premier League with Liverpool winning 23, drawing 14 and losing 13.

The Reds have outscored their hosts across their 24 visits to Tottenham in the Premier League era, scoring 34 compared to Spurs' 33.

This will be the 149th league meeting between the clubs.

The Reds are unbeaten in their last nine clashes with Spurs home and away since losing in the capital in November 2012. Of the 26 players who took the field that evening, only Jordan Henderson, Hugo Lloris, Jan Vertonghen and Mousa Dembele remain at their clubs.

Only two Liverpool players have scored hat-tricks at Tottenham – Billy Liddell in 1951 and Roger Hunt in 1964.

There have been 140 goals scored in total in the Premier League meetings between the teams. Only Liverpool's games against Arsenal (141) have generated more.

Of the last 25 goals scored in league games between the teams, 21 have been netted by Liverpool.

This will be the 56th different away ground that Liverpool have played at in the Premier League era.

It will be the Reds' 37th competitive fixture at Wembley – they have won 18 and lost 12 of those, and are three goals short of recording 50.

Alex Oxlade-Chamberlain could play the 250th game of his club career.

Since suffering defeat at Anfield in February, Spurs have lost just two of their last 21 league games – at West Ham United in May and at home to Chelsea in their first league fixture at Wembley back in August.

Mauricio Pochettino's charges have kept five clean sheets in their last seven matches in all competitions.

In the last year for club and country, Harry Kane has played 49 times – he has scored 51 goals. In that time he has scored six hat-tricks (all for Spurs) and netted twice in a further 10 games.