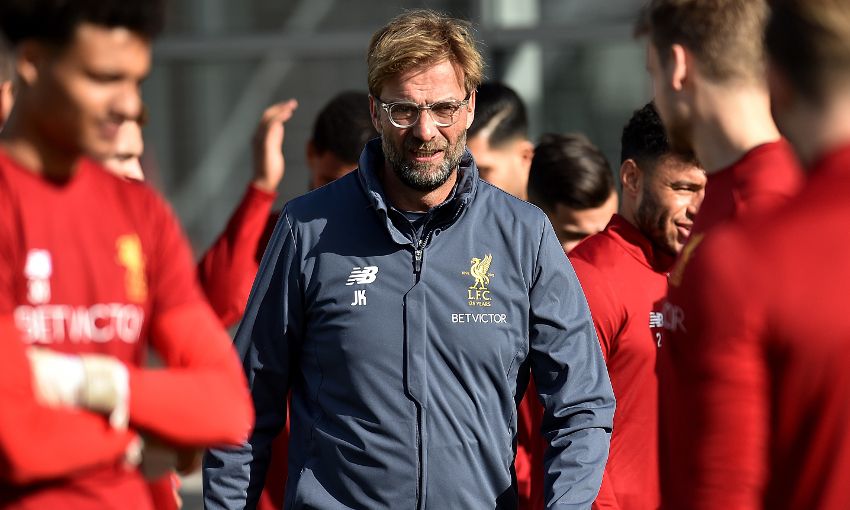 Jürgen Klopp has explained the thinking behind his team selection for this afternoon’s Premier League showdown with Manchester United.

Liverpool have made two changes for the clash, with Roberto Firmino and Emre Can coming in for Daniel Sturridge and Sadio Mane at Anfield.

Klopp said: “I thought it makes sense to bring in a strong line-up and in the end that was the result. I’m happy.

“We know Sadio’s not available and that is not the best news, but when all the other boys came back in good shape, feeling good and looking forward to the game it was not too difficult.

“I have to say, a few decisions were close because a lot of players were in good shape before we left for the international break, but it was a decision for today and I hope it will work out.”

Asked whether moving Coutinho further forward and bringing Can into midfield was the natural change to make following news of Sadio Mane’s injury, Klopp added: “Yes. Of course we have different options – we can put Roberto on the left wing, we can put Ox in this position.

"These boys are used to each other and they know about [each other’s] ways, so I think it makes sense against United that we do not make a lot of experiments because they are quite cool in their approach.