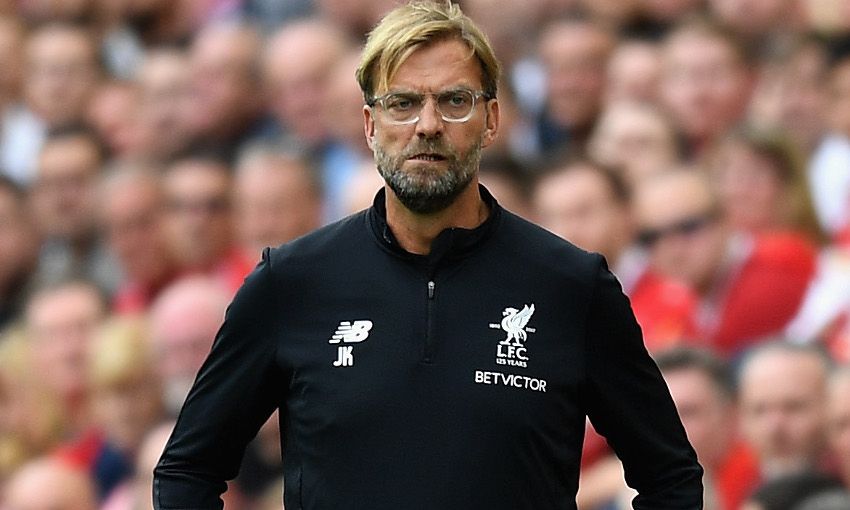 Jürgen Klopp admits Liverpool have a 'a lot of things to learn' from Saturday's defeat to Manchester City.

But the German is keen for his players to take steps to improve on the disappointing aspects of their trip to Etihad Stadium, rather than dwell on the negatives.

The Reds endured a chastening afternoon in Manchester as they suffered a 5-0 reverse, with four goals coming after an early red card for Sadio Mane.

Klopp insists the overriding feeling in the dressing room at half-time - when his team trailed by two goals - was that the visitors were holding their own prior to the sending off.

And for that reason, the manager is more eager than usual to avoid focusing too much on the end result.

"We have a lot of things to learn from this game," he told Liverpoolfc.com.

"I was really angry at half-time. Not angry because of the result but because the boys saw we could have [won] at 100 per cent.

"Sometimes it's impossible after the international break - different plans, different positions, they played all over the world, I don't like this but we cannot change it - but you saw City struggled also a little bit.

"We had then these clear moments and then it's one goal [conceded], forget it, it can happen, but the red card gave them [the advantage].

"Everybody knows it's a bad place to be one man down and we could see this so we tried to drop a little bit deeper, but it makes completely no sense.

"We have a lot of things to learn from today, but the problem is today we cannot change it, we can only learn from it and make the next time better."