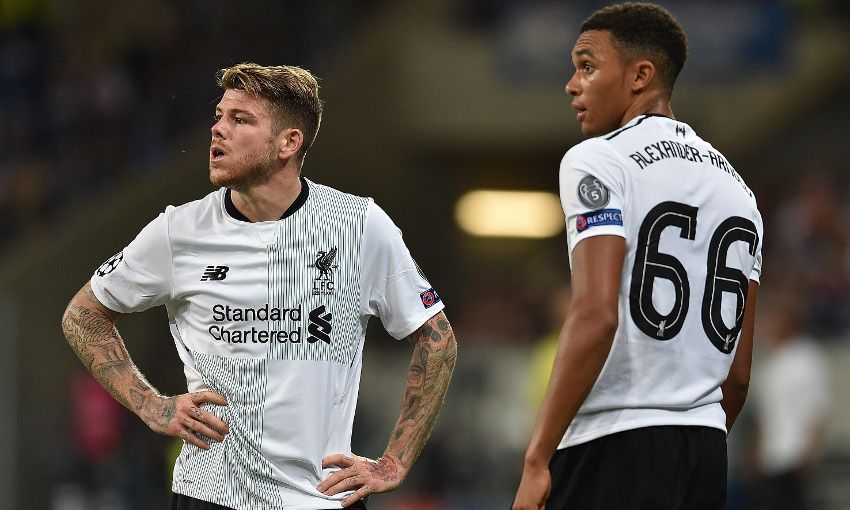 Trent Alexander-Arnold's impressive performances in the first two games of the season have come as 'no surprise' to fellow full-back Alberto Moreno.

With Nathaniel Clyne out injured, the 18-year-old has started the Reds' fixtures against Watford and Hoffenheim at right-back, acquitting himself well in a draw and win respectively.

The latter outing saw Trent net a brilliant free-kick - his first goal for the club - in what was his maiden Champions League appearance.

But for Moreno, who has regularly seen Alexander-Arnold in action at Melwood over the last year, such contributions are by no means a revelation.

What's more, he expects the young Scouser to build on his promising start and become an 'incredible' player.

"For me, as a player, I really like Trent," he told Liverpoolfc.com. "He’s a top player and he can go on to be an incredible player.

"From training with him every day, I can tell you that he’s very good.

"It’s no surprise to me to see the way he’s playing in games."

LFCTV GO: What Trent's top five goals for the Reds

Much like Alexander-Arnold, Moreno burst onto the professional scene as a teenager representing his hometown team, Sevilla.

When asked to describe the pride his teammate must feel in pulling on the red shirt, Moreno replied: "Only me and Trent know about that, really!

"It’s a very beautiful thing when you start out as a little boy and then turn into a man, fighting for your team, wanting to make the first team of the club of your city and then you achieve it.

"It’s incredible for you but also for your family that always work hard for you, always support you.

"It’s a very beautiful thing that I think he really deserves.

"He’s a really good young lad, a good person, very calm and humble and I hope he goes on to become a great footballer in years to come."