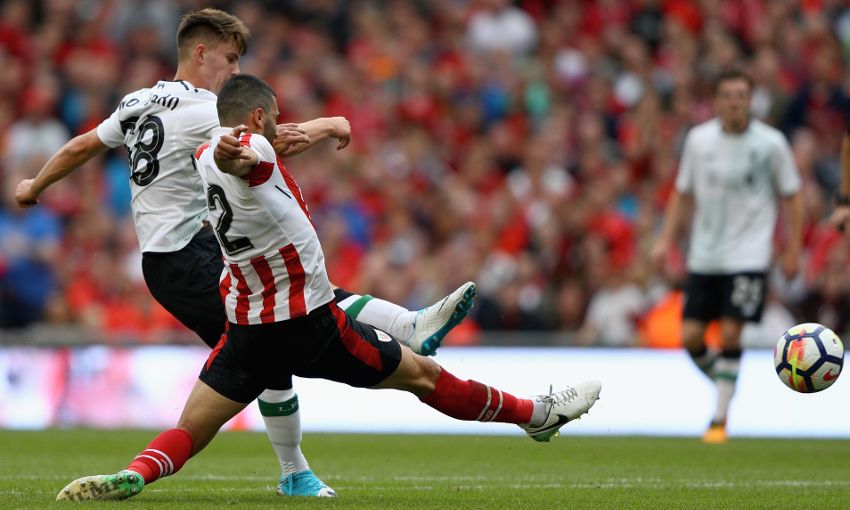 Ben Woodburn had cause to be especially pleased with his brilliant finish in Saturday's 3-1 friendly win against Athletic Club.

The 17-year-old put Liverpool back in front and on course for victory at Dublin’s Aviva Stadium by collecting Dominic Solanke’s square pass, deceiving a recovering defender with his first touch and cracking a shot into the right corner from the edge of the box.

The excellent exhibition of technique was the fruit of work Woodburn has been putting in this summer to improve his ability with his left foot.

“It came to me on the edge of the box. I took a touch and just hit it on my left foot. Luckily it went in,” he told Liverpoolfc.com, somewhat modestly.

“I’ve been practising a little bit on my left foot and it worked. Recently, I’ve been hitting them a lot cleaner. When you see a player dive in, you think ‘I’ll shift it and have a quick shot.’”

Woodburn entered the action as a substitute at the start of the second half, with the score locked at 1-1 following earlier goals from Roberto Firmino and Inaki Williams.

The Welsh youngster was again deployed in a deeper central midfield role by Jürgen Klopp, who had previously spoken of his appreciation for the No.58’s flexibility.

“I have no idea which is his best position,” the manager commented last month. “But actually I don’t think about it. I am only happy that I have him around.”

“When the manager says something like that, it obviously does give you a little boost of confidence,” he said.

“It has been good, it has been different. I’ve been learning a lot in that position – hopefully that can carry on.”

Making his senior debut and becoming Liverpool’s youngest ever goalscorer made 2016-17 a landmark season for Woodburn.

And the teenager simply wants to maintain that upward trajectory in the coming campaign.

“I’m happy with how the pre-season has gone. Hopefully I can kick on in the season as well. [My target is] to keep improving and get games where I can,” he added.