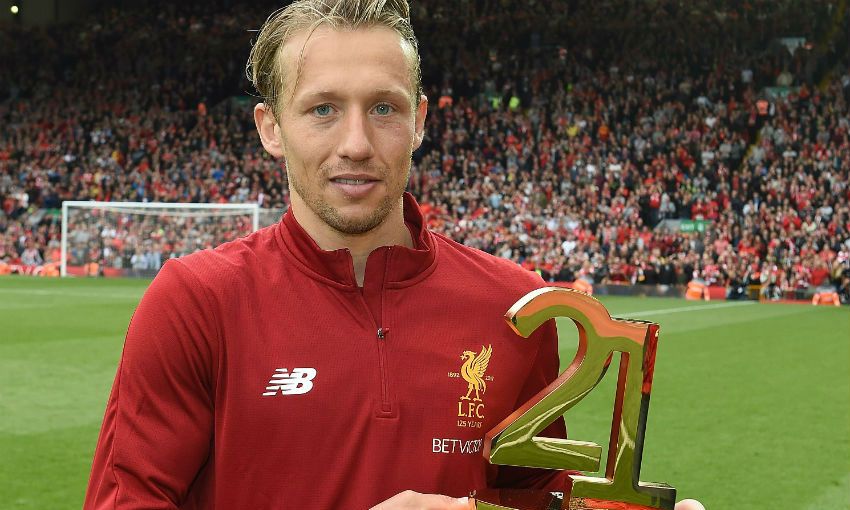 When I first joined Liverpool 10 years ago, I had three main ambitions.

First, I wanted to win a place in the team, which I managed to do. Next, I hoped to prove myself worthy of the shirt, an aim that others will be better placed than me to decide whether or not it was achieved. Finally, I looked ahead to the future with a hope that if and when the time came to leave this wonderful club I would do so on the best possible terms.

That time has now come as I prepare for a new career at Lazio and while I am saddened that my days at Anfield are coming to an end, I can at least take comfort from the knowledge that my relationship with Liverpool and the supporters is stronger than ever.

This is one of the greatest clubs in the world and my intention had always been to spend the rest of my career here but the less I have been able to play, the more I have realised that I need to go to another club if I want to play as much as I possibly can.

When you love a club and a city as much as I love Liverpool that isn't an easy decision to come to. The easiest thing for me to do would be to stay here for as long as I can even if I do not expect to play so often, but that would go against everything that I believe in as a footballer and as a competitor.

It is for that reason that I will be joining Lazio, which means my sadness at leaving Liverpool is accompanied by a real excitement that I will be representing one of Italy's great clubs. Before I made my decision to take the opportunity to go to Italy, I discussed my situation with Jürgen Klopp and the way he handled it showed once again how respectful he is to his players. I am grateful to him and to all of the managers I worked under at Liverpool, especially the ones who showed faith in me when it would have been easy to do the opposite.

My priority now is to look ahead to a new chapter in my career in the belief that I can contribute to Lazio in the same way that I hope I have helped Liverpool. I have been blessed to live and work in this city, a place that I have come to realise is different to any other, and while living here I have been married and blessed with two wonderful children so whatever happens now we will always take Liverpool with us everywhere we go. I have also been fortunate to play with so many world-class teammates and shared their devotion to do everything that we could to help the club be as good as it can be.

Off the pitch, I was honoured to become a trustee of the LFC Foundation and got to see at first hand the work they do in the local community. When I celebrated being at Liverpool for a decade recently, it meant a lot to hear some of the children who the Foundation has helped describe me as a Scouser.

I might not have won as many trophies as I would have liked during my time here but to have people talk about me in that way means as much as any medal. The same goes for the video I was sent on Friday which showed the fans, many of them young, singing my name during the game at Wigan Athletic. To be the recipient of that support and that passion makes me so proud.

It is for those reasons – and many, many more – that Liverpool Football Club and its supporters will always have a special place in my heart. On top of that, the personality, humour, dignity and integrity of the people of this city will also stay with me forever.

From the bottom of my heart, thank you to every single Liverpool fan. My family and myself will always be grateful for your support and for being part of this great club, which means we will also be sad now that the time has come for me to leave. All I can say now is that I hope more than anything else that the new season turns out to be a great one for my new club and my old club.