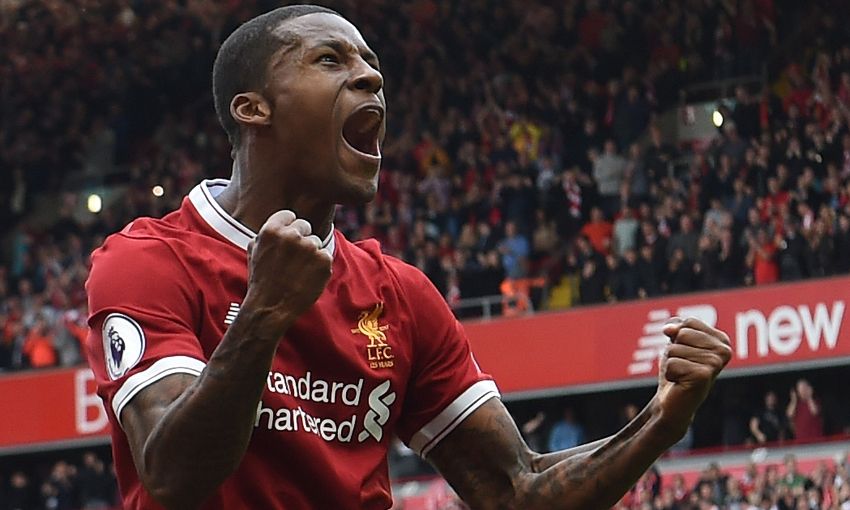 The Dutchman latched onto a neat Roberto Firmino flick to power clear into the box and pummel a finish past Brad Guzan inside the near post at the Kop end.

The manner of the goal and more so the timing, in the minute of added time at the end of the first half, changed the mood at Anfield and set the Reds on their way to three points that secured fourth place and a spot in next season’s Champions League qualifiers.

“I took a chance, to be fair, because normally goalkeepers think you’re going to go for the far post,” Wijnaldum told Liverpoolfc.com.

“I thought I would try to shoot hard to the other side. I’m lucky that it went in, because it was a chance that I took.

“Everything is going through your mind at that time. You’re just happy that you scored a goal and helped the team out and made the supporters happy. That’s the only thing you think of.

“Now you can think it was a really important goal for the team and helped us going forward. It was a good thing. At that moment, it was difficult to think!”

Liverpool will be back in the Champions League mix for the first time since 2014 – reward for a testing season that involved a fierce battle for the top four which was only settled on the final day.

“It feels great. As a player, you want to play against the best teams in Europe and you can do it in the Champions League,” added Wijnaldum.

“That’s the thing we wanted to do when we saw we couldn’t play for the title anymore. We wanted to play for the Champions League. And we succeeded, so that’s a good team.”