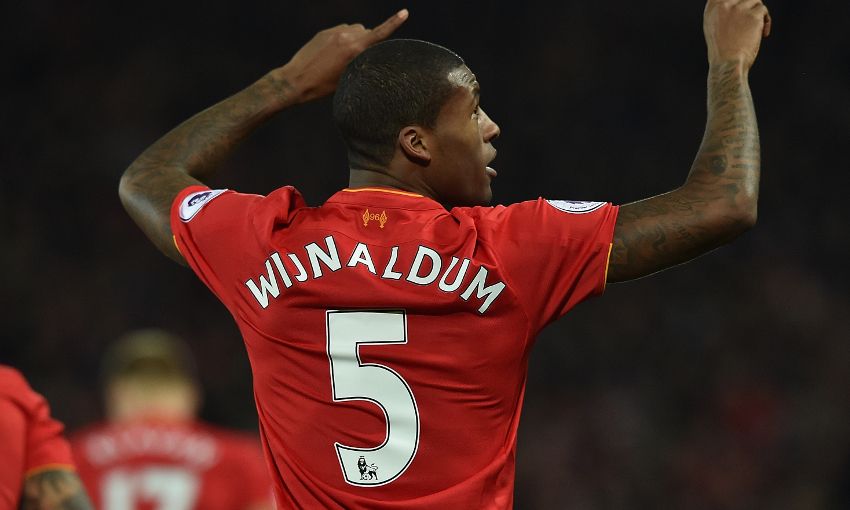 Georginio Wijnaldum wants a repeat of Liverpool's performance against West Ham United when they try to secure a 'big prize' at Anfield on Sunday.

The 4-0 rout of the Hammers last weekend means the Reds go into their final game of the season, at home to Middlesbrough, with the knowledge that another win would earn a top-four finish.

Wijnaldum and co dealt with the pressure on them at London Stadium in consummate fashion - and the midfielder is confident the same again can be enough for a return to the Champions League.

“This will be our biggest game of the season,” said the Netherlands international.

“If we win we will be in the Champions League so the prize is big. If we lose or draw we might miss out.

“We have a big chance but we have to get a result. We will decide where we finish this season.

“We can make it easy for ourselves if we play well and score goals. It’s down to us. It’s about how we start the game and how concentrated we are.

“At this stage of the season every game gets bigger and bigger.

“We knew we had to win [at West Ham] and the performance of the team was really good. We scored four goals and kept a clean sheet. Now we have to do the same against Middlesbrough.”

It has been an undoubted campaign of progress for Liverpool in Wijnaldum’s first season with the club.

Qualification for the Champions League would come at the end of a gruelling battle with Arsenal, Manchester City and Manchester United that has tested the Reds’ resolve often in recent months.

And the No.5 believes a berth in Europe’s elite competition could represent another milestone on the road to success under Jürgen Klopp.

“It’s in our own hands and it would be a good achievement,” he said.

“It would be a good step for next season for us to play against better teams in the Champions League.

“Getting more experience as a team and learning to handle more matches will make us better.

“Qualifying for the Champions League would just be the start. This is the beginning of something that can go much bigger.”