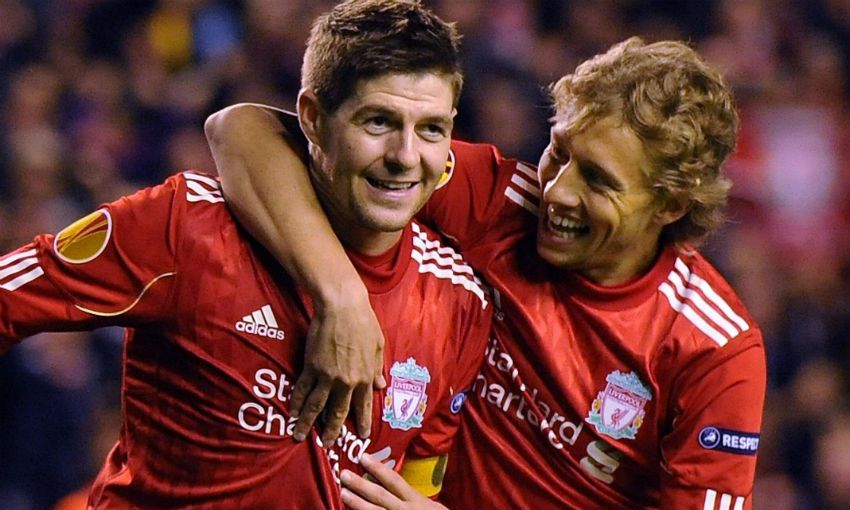 A decade of first playing alongside and then watching Lucas Leiva has helped shape the way in which Steven Gerrard wants to coach Liverpool’s Academy players.

Gerrard, of course, shared a dressing room with Lucas for eight years before calling time on his glittering Anfield career in the summer of 2015.

The legendary former Reds captain returned to his boyhood club as an Academy coach in February and will take charge of Liverpool’s U18s ahead of next season.

And it seems that members of Gerrard’s squad can expect Lucas to be held up to them as a shining example of what it takes to establish yourself as a first-team regular with Liverpool.

“Sitting here at the Academy, the biggest compliment I can give to Lucas is I turned up here and realised there’s a lot of talented players here with the ball - a big part of my job now moving forward is can I turn them into Lucas Leiva without the ball, if you like,” Gerrard says in ‘Lucas: 10 Years a Red’, a brand new and exclusive LFCTV documentary made to celebrate the Brazilian’s decade at Anfield.

“They have got talent like Lucas with the ball but they don’t do what Lucas does without it in terms of dirty running, in terms of going into many collisions over the 90 minutes, going in where it hurts and sacrificing yourself for the team, doing the dirty work and emptying that tank every time.

“I think if we can get a lot of Lucas Leiva into these kids then the Academy will produce more players who are ready for the physical demands of first-team football because he’s blessed with it. He’s blessed with talent not just with the ball, but without the ball as well.” 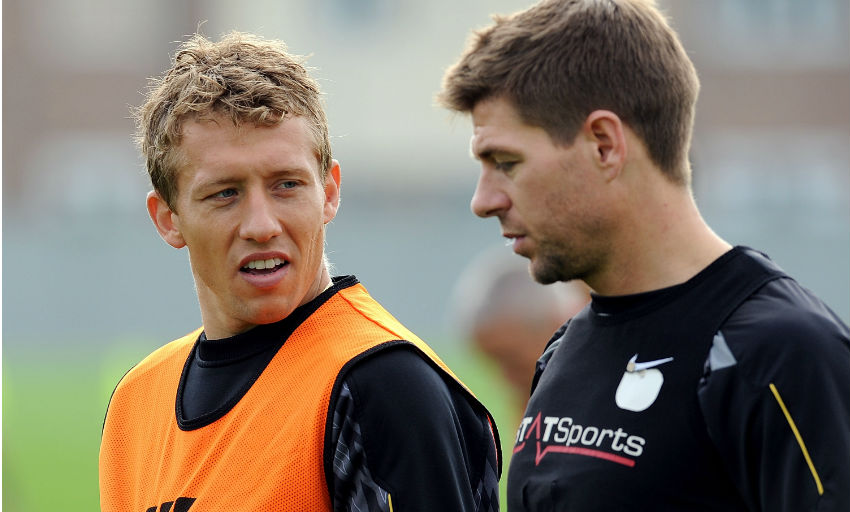 As well as the huge professional admiration and respect Gerrard feels for Lucas, the 36-year-old’s fondness towards his former teammate on a personal level is also clear.

“I just smile when I think of Lucas because I’ve spoken about the player and what he gives to the team with and without the ball, but the person is just as important for me,” he adds.

“He is certainly one of the best people I’ve met through my journey in my career. I’ve got plenty of time for him and whatever he decides to do at the end of the season.

“He’s a credit to his family but he’s got a superb family supporting him. Whatever they decide to do I wish them all the best. Hopefully it’s still here, I’d like him to stay.

“I don’t make that decision, but for me there’s always a place for Lucas Leiva at Liverpool Football Club whether he stays or goes, and he’s always welcome to come back here. I’ve got a lot of time for him.”

For information on how to sign up to LFCTV GO and watch the documentary on demand after the premiere, click here.