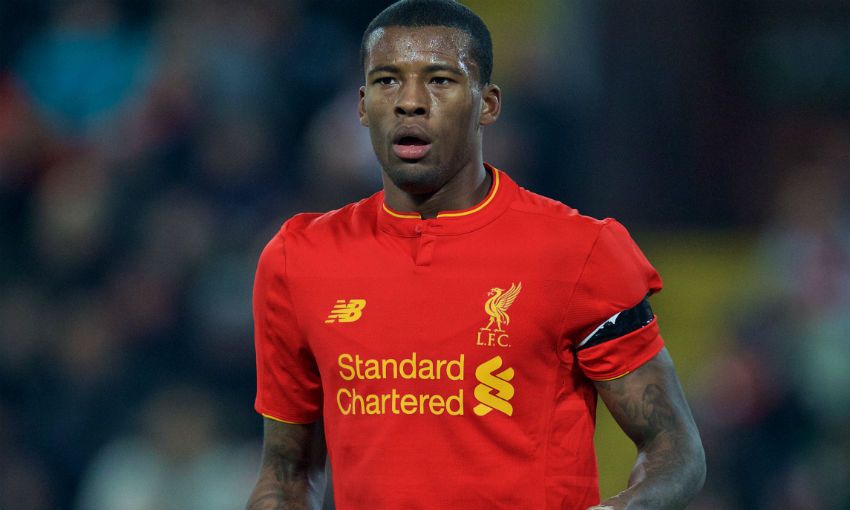 Liverpool must be 'relaxed in mind' while sticking to Jürgen Klopp's game plan if they are to pick up a vital win at West Ham United on Sunday, Georginio Wijnaldum feels.

The Reds visit the London Stadium for their penultimate game of the season with the race for a top-four finish in the Premier League still very much on.

Victory in the capital would ensure Klopp’s team go into the final weekend of the campaign with their fate in their own hands in terms of Champions League qualification.

However, while acknowledging the high stakes involved, Wijnaldum wants Liverpool to approach the match with a sense of calm to avoid piling ‘useless’ pressure on themselves.

“We control our performance so we have to think about that [and] I think it’s better to think about how we’re going to beat them. In training the manager will show us the way they’re playing, where we have the most chance of scoring goals and what we have to be aware of.

“It’s better to focus on those kinds of things than winning the game because it’s not easy to win a game.

“You have to think of a lot of things to win a game, because you play against a team who will not want to lose, so I think it’s better to keep your thoughts on your own performance and the performance of the team.

“I have the confidence that if we do that, the chance will be bigger that we can win than if we think ‘we have to win the game’, because then you put pressure on yourself that’s useless.

“The only pressure you have to put on yourself is to use your quality and try to perform as good as possible.” 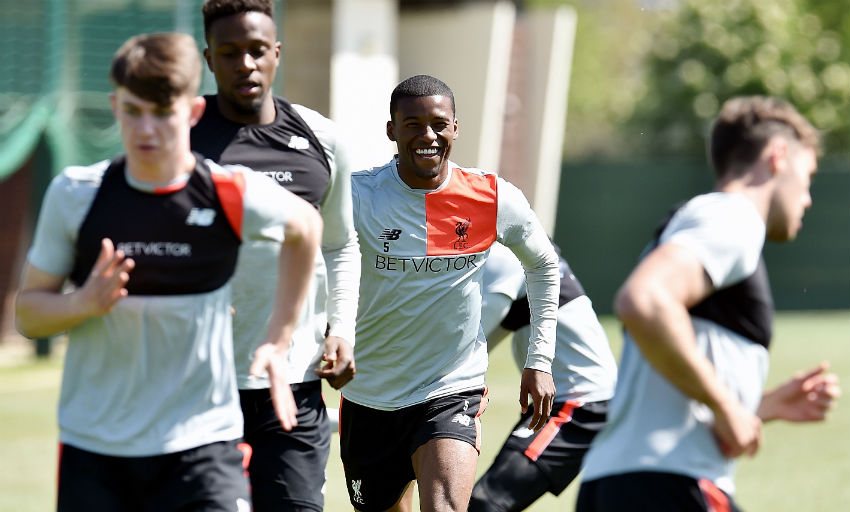 Gini trains ahead of Hammers trip. Click here for a full gallery from Melwood.

A run of three consecutive away wins at Stoke City, West Bromwich Albion and Watford means Liverpool can head south this weekend with plenty of self-belief, but Wijnaldum has warned that those results will mean little against West Ham.

“Every game is different, every result is different. You can have a good run and, for example, Tottenham were on a good run and everybody thought they were going to win at West Ham but they didn’t,” the Netherlands international said.

“Of course it’s easier if you win a lot of games in a row because it gives you more confidence, but everything can change in a second so you have to adapt to the situation.”

West Ham left Anfield with a 2-2 draw earlier in the season, and Wijnaldum is anticipating another tight contest this time around.

“I think they are, I think they showed that last season,” the Reds’ No.5 replied, when asked whether the quality in the Hammers’ squad is better than their league position of 12th suggests.

“I think that they didn’t have a good start which is why they’re where they are now, but it’s a good team and a better team than they were last season because they brought in some better players. Everyone knows West Ham is a good team.

“They will fight to win the game and I think the message for us is that we have to be spot on and 100 per cent concentrated from the beginning, because otherwise it’s going to be really difficult.

“I think their fans will also think like this: ‘It’s our last home game so let’s support the team.’ You play against 12 men instead of 11, so we have to be really concentrated and spot on from the first moment.”