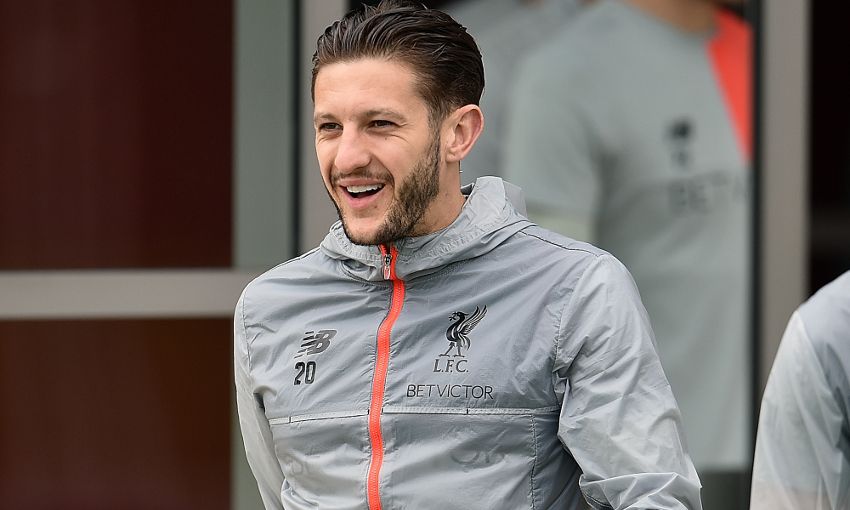 Jürgen Klopp will not take any risks with Adam Lallana at Watford on Monday night, but admitted the midfielder's impending return is 'the best news' for Liverpool.

The Reds have been without the Englishman, who has been a hugely influential figure from a deeper position this season, for the past six weeks due to a thigh injury.

Lallana re-joined his teammates in training during the past few days, opening up the possibility of a timely comeback for the team’s crucial final four Premier League games.

Klopp is delighted by the prospect of calling on the No.20 again, but the manager will carefully consider the merits of when and how to use him at Vicarage Road.

“I saw his last four rehab sessions and he looked really good,” the German commented to the press ahead of the journey to Watford.

“In the end, it’s a difference from that to first-team training but it’s wonderful to have him back. In our situation, to have a player back from injury, it’s great.

“You have to think about whether he could start and whether he is ready for 45 minutes or more. If not then he cannot start because we cannot make the first change in the first half. We’ll see how he is but it’s the best news we could get.”

Klopp is also hopeful that Daniel Sturridge could come into contention against the Hornets after missing the defeat by Crystal Palace last weekend with a hip issue.

“We have to see,” added the boss. “He played twice and then had a little setback. Now he is back in training. I have to see how they look on the pitch but it’s good to have them back.”