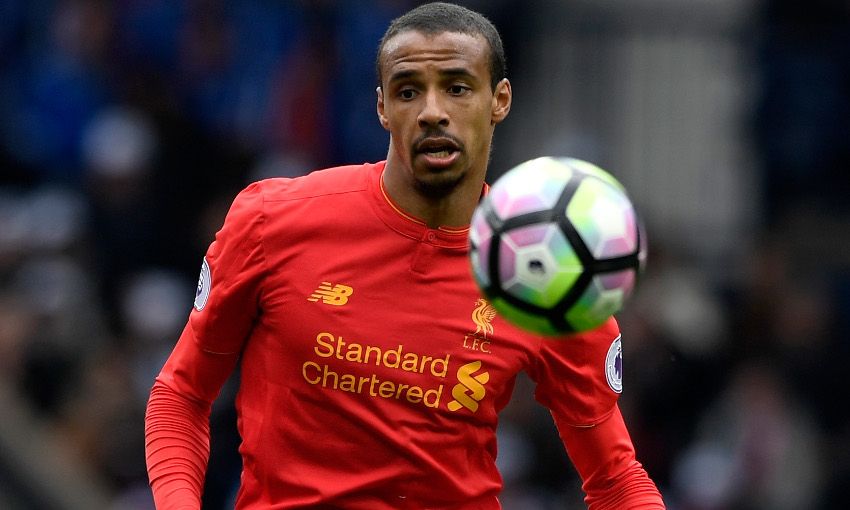 The Reds boss also used his pre-match press conference to offer an update on the fitness of midfield duo Jordan Henderson and Adam Lallana, who are both ruled out of Sunday's game.

Klopp could be without three of his options to partner Dejan Lovren at centre-half when the Eagles visit Anfield looking to end the hosts' seven-match unbeaten run in the Premier League.

And, when asked about injuries, the German said: "Unfortunately, not too positive.

"[We have] a few little things from the last game, it doesn't make it much easier. Little bit muscle problems, Joel Matip, Lucas Leiva [and] still a problem with Ragnar Klavan.

"[Klavan] was a very, very small medial ligament, but could be also really not enough time until Crystal Palace."

Liverpool's raft of injuries at the back could provide an opportunity for Joe Gomez to make his first Premier League start since September 2015.

The 19-year-old has featured only in cup competitions since returning from a serious knee injury earlier this term, but has impressed in several run-outs for the club's U23s side.

"But they are not in training in the moment, so that's not too cool.

"Joe Gomez played on Monday, U23s, again [he] did well, made big steps in the last few weeks, so maybe we have to try this pair.

Klopp went on to provide the latest news on Lallana, who was pictured out on the pitches at Melwood on Wednesday as he steps up his return from a thigh injury.

The manager explained: "Adam [is] on a good way, back on the pitch but still with the rehab coach, so nothing changed there.

"[He] should be involved - not sure exactly when - next week in normal training. Wednesday, Thursday, something like this.

"In our situation we have to think about a player when he starts [training], we will see."

Meanwhile, when probed on captain Henderson, who has not featured since February with a foot problem, Klopp said: "Still nothing new.

"In this moment, he cannot really train, so we have to wait for this moment.

"This was the plan from the beginning and if we had something else to say about this, I would say it.

"Of course, we are in intense talks with different departments but we have to wait. He is already not patient anymore!

"It's not cool, he looks really healthy, but he cannot play football."