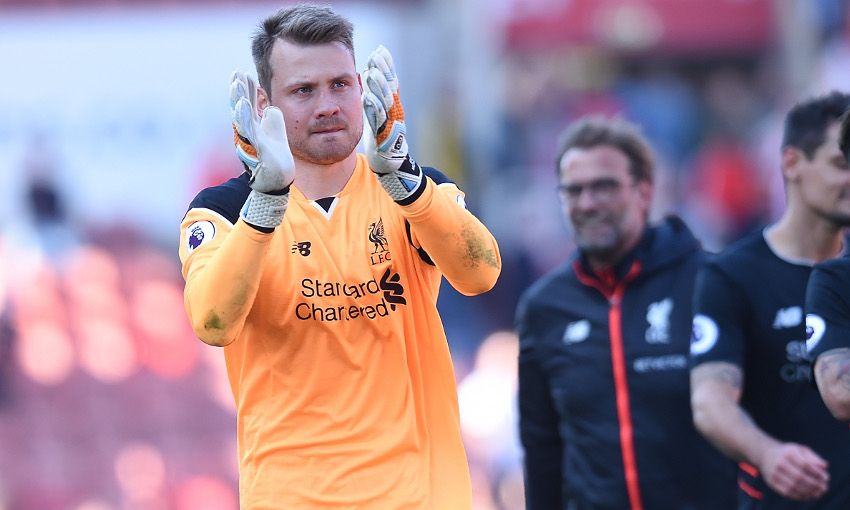 Melwood gallery: Back to business ahead of West Brom trip

Simon Mignolet believes the round of applause he received in the Liverpool dressing room after Saturday's victory over Stoke City says everything about the togetherness in Jürgen Klopp's squad.

The Belgian put in an outstanding performance across the 90 minutes in the Potteries, producing two world-class saves in the second half and commanding his box throughout as the Reds battled back from a goal down to win 2-1.

After the post-match formalities were completed, Mignolet's teammates offered him a warm reception in recognition of his contribution toward three points that could prove crucial in the chase for Champions League qualification.

And the 29-year-old's faith in his colleagues has only been strengthened by their spontaneous show of gratitude.

"After the game, you have to do that many interviews and I came in the latest, everybody was already changed nearly and they clapped," he told Liverpoolfc.com.

"It was nice, we have a really good group of players, we are fighting for each other and that's what we'll need until the end of the season.

"The boys put in a shift and then getting three points away at Stoke - because you know it's tough - it's really good."

Both Charlie Adam and Saido Berahino were thwarted in barely believable circumstances by Mignolet at the weekend, with the Belgium international pulling off two remarkable close-range saves to effectively win the match for the visitors.

Reflecting on those moments, the No.22 described his stops as the nearest any goalkeeper is likely to come to the feeling of scoring a goal.

"It doesn't happen very often that you get to 'score a goal' - you want to help the team out in certain moments and these were two moments in particular.

"I'm pleased that it gave us the victory in the end, because that is what you want. Saves are only important when it gives you three points, and it is only my job that I did.

"Just like strikers scoring a goal, it's me trying to keep the ball out of the net.

"I’m happy with it of course and it feels good and it gives yourself a lift in confidence, but it is our job to do it.

"You get the praise from the manager and the players, which is nice, but again it is about doing it all together, having the feeling not individually but as a team to celebrate the victory with the away fans."

The weekend's come-from-behind win means Liverpool are the team who have collected the most points from losing positions in the Premier League so far this season (18).

"Stoke is always a tough place and with what happened in the week with the injuries that we got and illnesses we had, it was nice to have that feeling. It was a great Saturday afternoon."

Want to quiz LFC's man of the moment yourself? Submit your questions for our Q&A on LFC Xtra here.