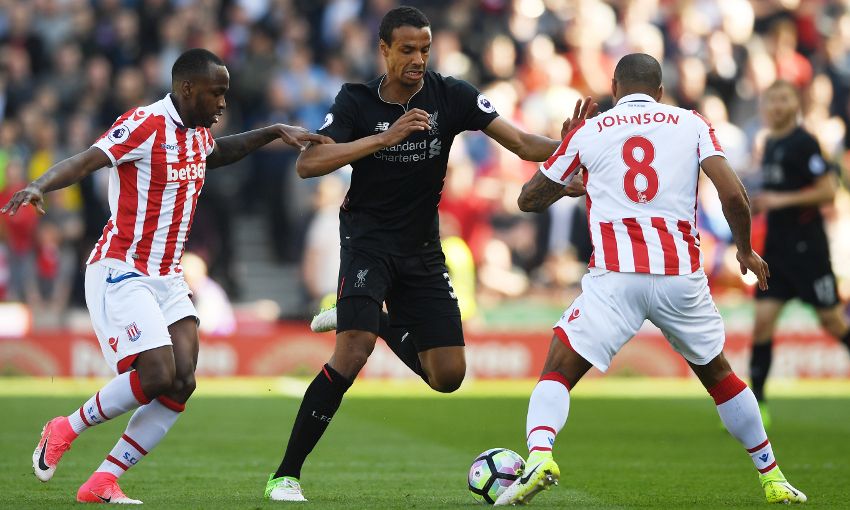 Liverpool's need to improve in the second half at Stoke City on Saturday was obvious – and became the catalyst for their stunning turnaround, according to Joel Matip.

Jürgen Klopp’s side trailed by a single goal at the interval, with Jonathan Walters’ header at the near post a minute before the break giving the home team an advantage to fight for.

The visitors had failed to create any genuine chances to that point and the manager was prompted to make a double substitution, Philippe Coutinho and Roberto Firmino entering the action from the bench.

He was rewarded with a wholesale change in performance level and after Coutinho equalised on 69 minutes, Firmino slammed a sensational finish into the roof of the net moments later to grab three precious points.

“When you have players come on like that, it helps every team,” Matip told Liverpoolfc.com. “We started to play better football and also Simon [Mignolet] made some great saves, amazing, and that was the reason why we won.

“It feels great even though it wasn’t our best game. After being 1-0 down it’s always good to come back and win this game.

“They didn’t have many chances [in the first half], maybe shots from outside the box and things like this, but they controlled the game and we were not at our best. But in the second half everybody wanted to improve and did his best, and we are happy with the result.”

Watch: The best of Stoke 1-2 Liverpool

Klopp faced a number of selection headaches ahead of the trip to the bet365 Stadium.

The ongoing unavailability of Jordan Henderson and Adam Lallana, and the news that Sadio Mane’s season is over, was compounded by illness and fatigue for Coutinho and Firmino respectively.

Trent Alexander-Arnold and Ben Woodburn were therefore handed starts in the Premier League clash, only for a half-time reshuffle to mean their withdrawal at that stage.

Post-match, the boss insisted the young duo bore no responsibility for the manner of the first-half display – and that sentiment was repeated by Matip.

“There are 11 players on the field and you cannot say it’s their fault, it’s all [of] our fault,” said the centre-back.

“As a team we didn’t play well in the first half and then we tried to change something. They are still young and have a lot of talent. We will have a lot of fun with them.”

A positive conclusion to a testing week means the Reds can now look forward with confidence to the next appointment on their schedule: a trip to West Bromwich Albion.

“I think every team has this small injury list but we have to handle this and now we have a week to concentrate and prepare for the next game, and I hope most of the team will be available,” added Matip.