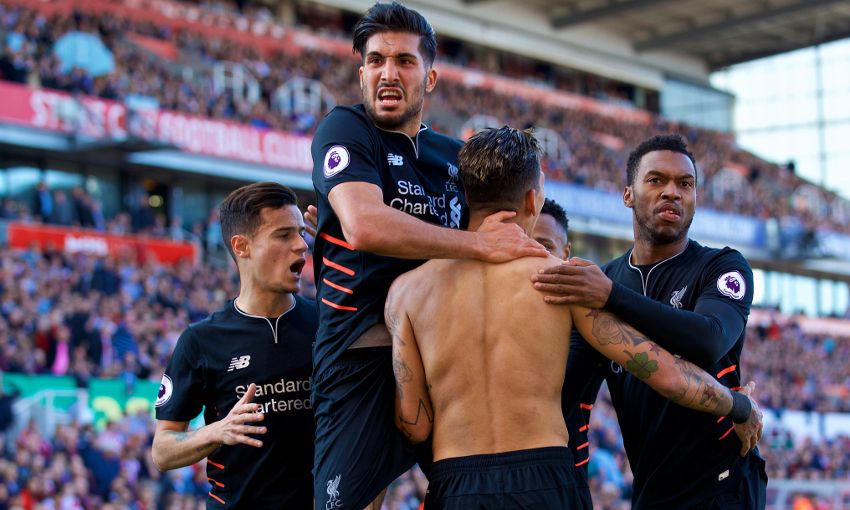 Second-half goals from Philippe Coutinho and Roberto Firmino helped Liverpool to come from behind to record a 2-1 victory at Stoke City on Saturday afternoon - here's the best of the action in photos.

The Brazil duo were introduced into the game at half-time as the Reds found themselves a goal down after Jonathan Walters' 43rd-minute header had opened the scoring.

And Coutinho set the visitors on their way when he slotted home a loose ball in the area on 69 minutes prior to Firmino lashing in a sublime winner with an edge-of-the-box volley just moments later.

Training photos: Liverpool step up work ahead of trip to Leeds