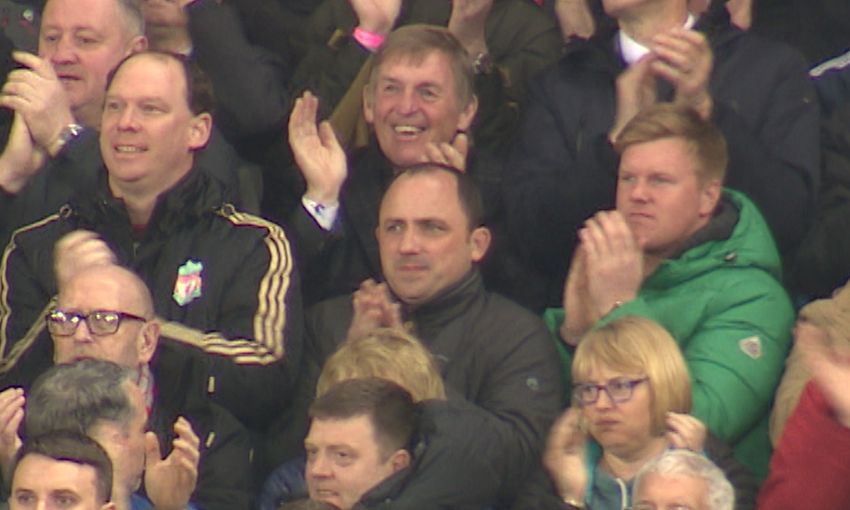 Kenny Dalglish became a Kopite for the night as he watched Liverpool's 2-2 draw with Bournemouth on Wednesday evening.

Our cameras spotted the King stood among his fellow Reds on one of the most famous terraces in world football - as well as plenty other bits of the game you won't have seen.

The latest edition of 'Inside Anfield' goes beyond the action on the pitch to paint a full picture of how the evening unfolded in the tunnel, at pitchside, and outside the ground.

We also captured a beautiful mosaic tribute to the 96 victims of the Hillsborough disaster and a number of other moments of an action-packed draw that went under the radar at the time.