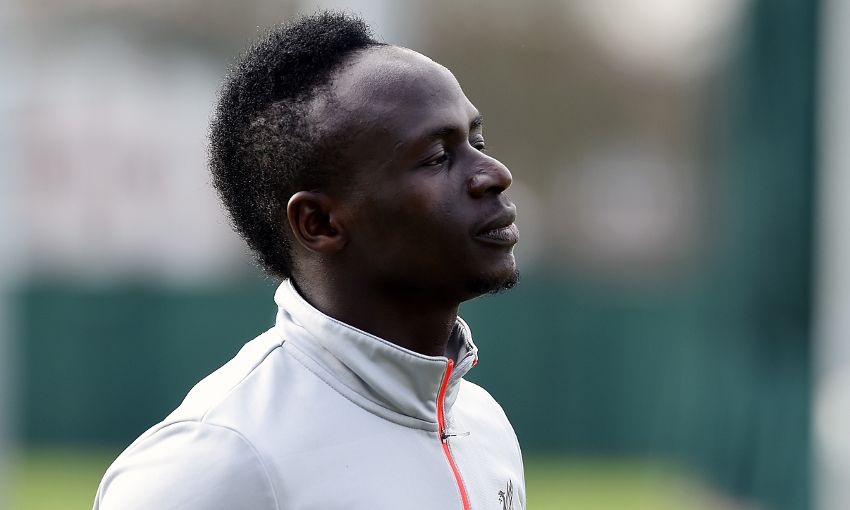 Jürgen Klopp has confirmed Liverpool are still waiting to discover the full extent of the knee injury Sadio Mane sustained during the weekend's Merseyside derby.

The forward was forced from the field in the 57th minute of the Reds’ 3-1 win against Everton on Saturday after sustaining a knock.

Mane will definitely miss Wednesday evening’s Anfield encounter with Bournemouth, but Liverpool will need to wait for further diagnosis before they know how long they’re likely to be without his services.

Klopp told reporters at Melwood: “It’s not 100 per cent clear. We had, of course, an assessment and a scan, but have to wait a little bit until the knee is not that swollen anymore.

“The only thing I can say for sure is that he will not be available for tomorrow. All the rest, we have to see.

“[It’s] not very positive, we have to say it like this, but we cannot say what it is exactly. We have to wait.”

With just eight games remaining in Liverpool’s season, Klopp was asked whether it’s possible Mane could miss the remainder of the campaign.

The manager replied: “Unfortunately, that’s possible, but I cannot say it now so why should I say it when I don’t know?

“It’s possible. When the knee is swollen you have to wait for the final assessment until it is not swollen anymore, it’s not often I have heard, ‘It was nothing… it was a bee [sting]’ or whatever!

“It is swollen because of different reasons. It’s possible [it is season-ending] but even then, or especially then, the more difficult a situation seems to be, the better it is to handle. It feels better afterwards when you look back. Our way is not the easy way – that’s maybe the club’s history – and that’s no problem.

“My job is to find solutions and I work on solutions all the time. That’s what we will do this time.

“We have 59 points, we are in a nice position in the table. Yes, a few teams have played less than we have, but they cannot win them all, that’s for sure because a few of them play against each other. We are in a good position and I really want to use this position.

“I said at the beginning of the season that the whole season is pretty much to prepare to finish. This is the finishing part of the season, there are eight games for us and nobody asks for your problems, everybody only wants results. We want the same, we expect results from ourselves and we want to fight for everything.

“That’s what we’ve done all the time, even if maybe sometimes it didn’t look like this, but I thought more often [than not] everybody could see that we are really fighting. That will still be like this and for this we need not only an atmosphere in the stadium, we also need a positive mood within the club and around the club because the situation is positive.

“Not in all parts because a few key players are not available at the moment, yes that’s true, but as long as we still have 11 players to start and a few to bring on, then everything is fine. That’s still the situation, so I am fine.”