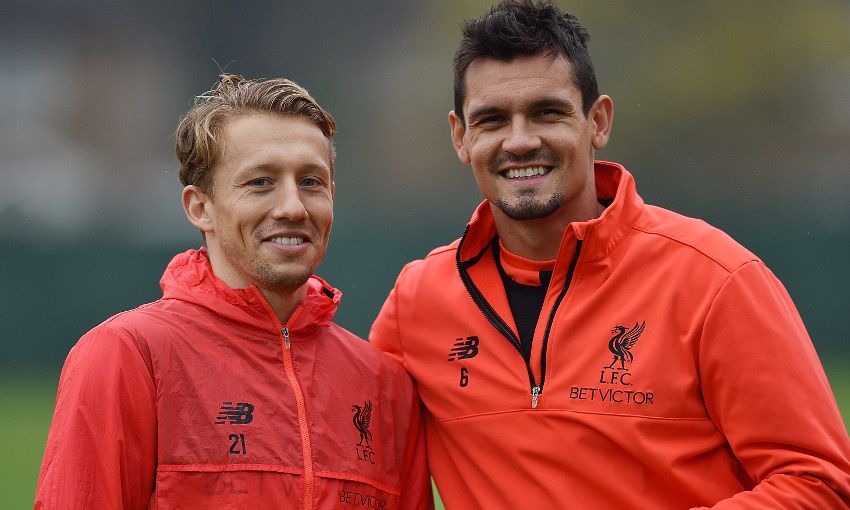 Dejan Lovren believes the contributions of Liverpool's trio of Brazilians were a key factor in Saturday's 3-1 victory over Everton at Anfield.

Just three days after helping their national team to a win against Paraguay in Sao Paulo, Philippe Coutinho and Roberto Firmino were named in the Reds starting XI to take on Ronald Koeman's team.

Neither player showed any ill effects from a near-12,000-mile round trip, with Firmino setting up Sadio Mane's opener before Coutinho both got himself on the scoresheet and teed up Divock Origi to seal the win.

Reflecting on the forward pair's efforts, Lovren said: "It was good to see.

"Philippe and Roberto had a long, long flight back from Brazil.

"They didn't really even train with us – just a little session. They are such quality players they don't even need to train with us!"

Coutinho and Firmino were joined in the line-up by compatriot Lucas Leiva, who was recalled to take the place of the injured Adam Lallana.

The 30-year-old produced a typically committed performance in the middle of the park, winning more tackles than any other player on the pitch (nine).

Lovren added: "I have to say that Lucas was brilliant.

"He was playing like he's played 38 games already in a row this season.

"He was amazing. I was so happy about him and I think everyone felt the same."

The only downside of Saturday's victory over the Toffees from a Liverpool perspective was the sight of goalscorer Mane limping off in the second half.

Lovren believes the Reds have had some poor luck in terms of injuries this season but isn't letting that distract from the aim of securing Champions League football.

"If you hadn't had injuries I'd say you could be around the same place as Chelsea," he continued.

"I don't think Chelsea have even had one injury. Sometimes you need to be lucky.

"We played against Everton without Henderson and Lallana, who are massive players for us.

"We need to be satisfied with the win but there are still a lot of games in front of us.

"We have another big game against Bournemouth on Wednesday. We lost there earlier in the season so that should act as a wake-up call for this game. We need to continue like this.

"There are a lot of points still to play for. We are in that top four and that's where we want to be come the end of the season.