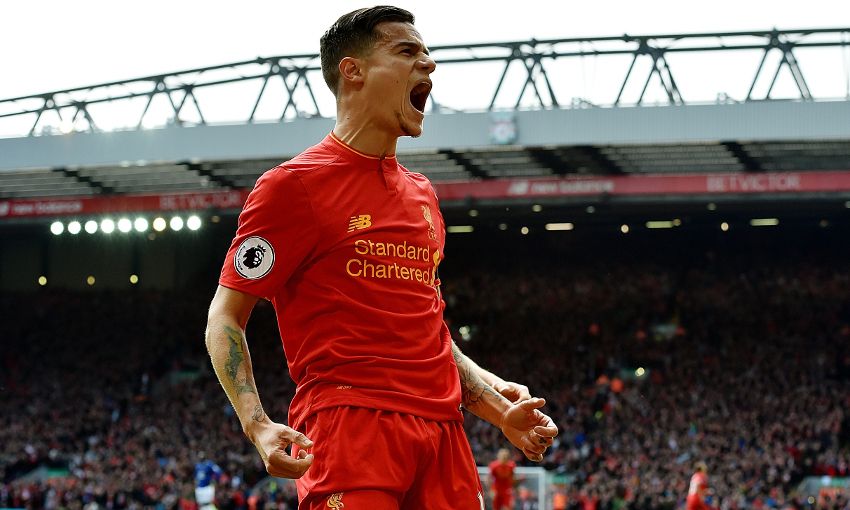 Philippe Coutinho was a driving force behind Liverpool's 3-1 success in the 228th Merseyside derby on Saturday.

Despite limited preparation time for the Premier League clash with Everton due to his international commitments for Brazil, the No.10 was creative, dynamic and decisive at Anfield.

His goal, which put the Reds back in front in the first half, was a delight - the unstoppable curled finish coming after a dazzling dribble through the Blues defence.

It was Coutinho's pass that teed up Divock Origi to seal the victory in the second period, too, capping a display that earned a deserved ovation from the home crowd.

Take a look back at the best moments from the 'little magician' in the match by clicking play below.