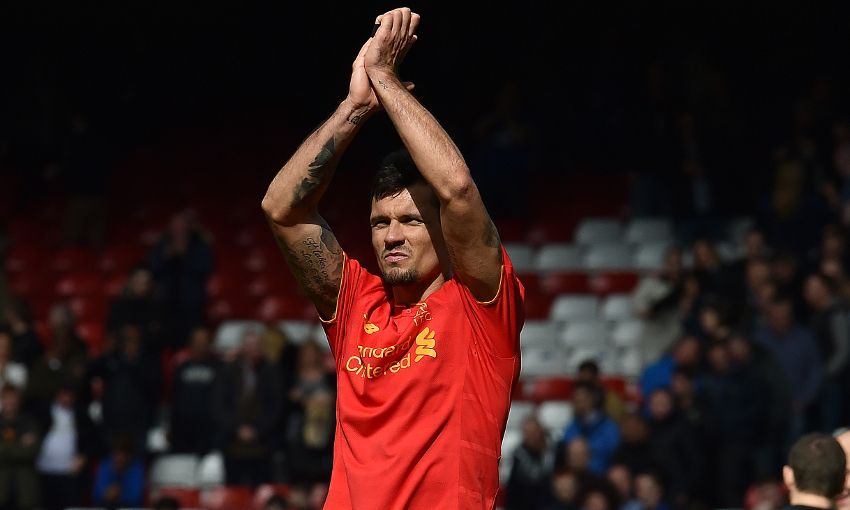 Eight weeks out of the Liverpool line-up ended in the perfect way for Dejan Lovren on Saturday – with a Merseyside derby victory.

The central defender was restored to the starting XI at Anfield as the Reds took three points from their 228th meeting with Everton.

Lovren was unruffled by the challenge of keeping the visitors at bay and called for the side’s standards to be maintained throughout the run-in.

“After a month-and-a-half of not playing, it’s great to be back in a winning team – especially in a derby,” he told Liverpoolfc.com.

“It’s always tough to play against Everton, with a lot of challenges. In the end, it’s a deserved win. They just had one chance in the first half and they made a goal.

“We knew they would be different than the last game. They had six or seven games in a row they won and a lot of games they played really well in.

“But we showed our quality again. We are still there in the top four – we need to continue like that.”

Liverpool’s performance was all the more impressive given the injury issues that Jürgen Klopp was forced to contend with in the build-up.

Jordan Henderson, for example, missed out after originally hoping to make a comeback for the fixture, while Adam Lallana sustained a thigh problem on international duty and is now sidelined.

“We are a team,” said Lovren. “When we perform like a team, some individuals will come out and make the difference in the game.

“We’re missing both of them; they are top-quality players – Henderson the captain and Adam, who had an amazing game on international duty. Unfortunately, they are injured but hopefully they will come back soon.”