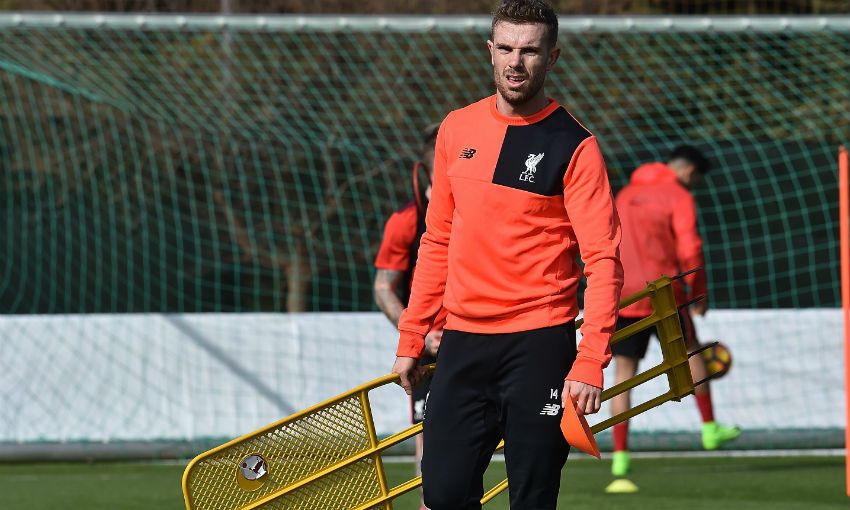 Jordan Henderson will not feature in Saturday’s Merseyside derby after suffering a ‘little setback’ in his recovery from a foot injury, Jürgen Klopp has confirmed.

The Liverpool captain has missed his side’s last four matches due to the problem, but Klopp said before the Reds’ 1-1 draw with Manchester City a fortnight ago that he hoped to have the midfielder available for the meeting with Everton.

However, the boss revealed on Friday that Henderson will miss out as he continues working his way back to fitness.

“Jordan had, unfortunately, a little setback so he’s not in team training until now, that’s how it is,” Klopp said at his pre-derby press conference.

“I can’t say in this moment how long, hopefully not too long, but I know when we were here last time I probably said I hope he can be in training this week [but] he wasn’t and next week it looks like this too. So we have to wait.”

When asked whether Henderson’s injury requires further investigation, Klopp replied: “It’s only a question of time, unfortunately, so there’s nothing we could do. That’s the situation.

“Sometimes you know it’s not a big issue but big enough, and you can imagine if there was a little chance Hendo could run, train, whatever, he would do it, but we have to be really careful with him.

“We cannot take a risk or something. It’s always too long with all injuries [and] it’s not the best time for us in this moment, but there’s nothing else to do other than the treatment he gets, of course, and wait for the moment when he’s back again.”