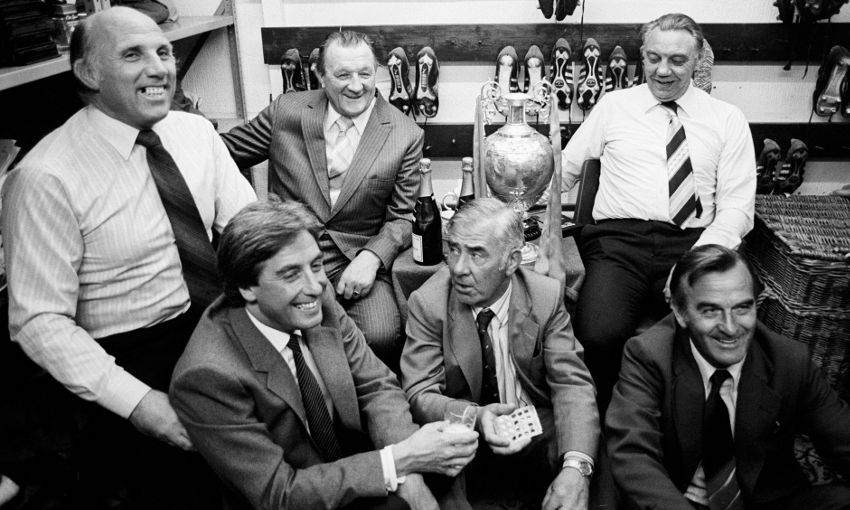 To say Ronnie Moran is held in high esteem by those he worked alongside at Liverpool Football Club would be something of an understatement.

Following the sad news of Moran’s passing on Wednesday morning, we’ve compiled a list of quotes on a legendary figure - who gave 49 years of service to the Reds - from the likes of Kenny Dalglish, Ian Rush and John Barnes from LFCTV’s 2014 documentary ‘Bugsy Moran: A tribute to LFC’s sergeant major’.

“The contribution and help he gave me was enormous and I’ll be eternally grateful for that - both as a player and a manager. I don’t think anybody that worked with him during his spell at Liverpool will have anything but total admiration and respect and gratitude for what he did for them.

“I don’t think it’s a coincidence that in the most successful spell in the club’s history, Ronnie Moran was of great importance to it. He was there at the outset with Bill Shankly, and the football club as it stands today is because of what Bill Shankly set in place and Ronnie was a big part of that.

“In training, it wasn’t the nine good things you’d done, it was the one bad thing and he kept on going at you. At one stage you’d think he was personally having a go at you, but looking back now he did it to every newcomer. Everyone used to say ‘watch out for Ronnie Moran, if he gets at you you’re in trouble’, and I was scared of him then!”

“There could be 100,000 at Wembley and you could still hear his whistle! No matter what, you could hear that whistle, and everyone would think ‘is that for me or is it for you?!’ and that’s the power Ronnie had.

“It was a pleasure for me to be coached by him.”

“We won my first league championship and we thought it was going to be one hell of a party. It was, but when you came in off the field having just won the championship, all Ronnie said was ‘pre-season training on July 7’, or whenever it was.

“He didn’t get carried away, because he understands that to keep that hunger and desire for success, when you get it you have to forget about it and move on.”

“I think he’s probably one of the most important people that this football club’s ever had. He’s up there, in my opinion, with Shanks, with Kenny, with Bob Paisley, because all of what they did, you need somebody to keep that cog ticking, day after day. Ronnie Moran was that man.”

“That was the drive that Bugsy had, to keep us all going through 60-plus games a year. Imagine the motivational skills just to keep you on line to win another trophy. And if you’d won one trophy, he wanted to win another one.”

“Simplicity at its best - pass and move. That’s what teams do now, that’s what Liverpool do, that’s what Barcelona do. And he was one of the main instigators of that.”