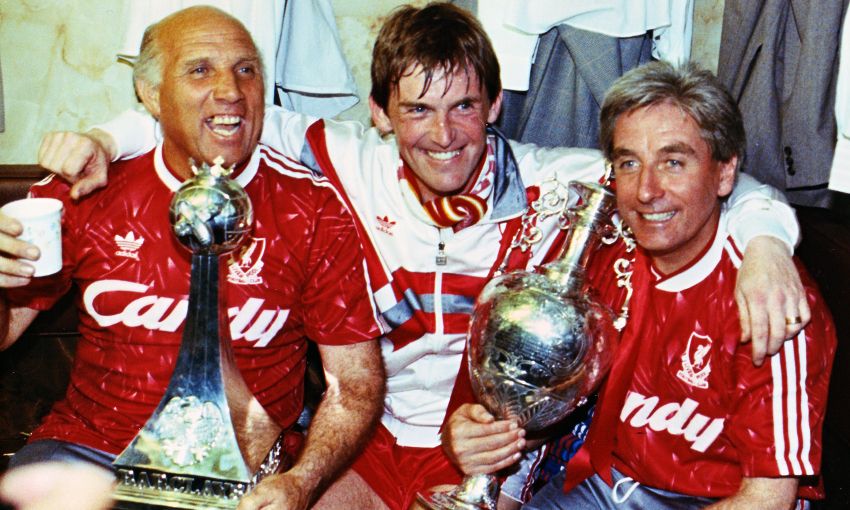 The revered former player, captain, coach and caretaker manager – and much more besides – passed away on Wednesday morning.

Moran first joined the Reds as a player in 1949, signing professional forms three years later, and subsequently dedicated five decades of his life to the insatiable and successful pursuit of collecting trophies.

A defender during his own career – which involved 379 appearances, including 47 as skipper – his connection to Liverpool continued far beyond his days on the pitch, as a founding member of the fabled Boot Room and in a variety of backroom roles until 1998.

His debut for Liverpool was on November 22, 1952 – an otherwise inauspicious afternoon that ended with a 3-2 defeat against Derby County at the Baseball Ground.

But Moran’s Reds timeline had begun, though none of the 20,000 people in attendance could have predicted the imprint this young man from Crosby would make on the fabric of LFC.

Much of the first half of his playing career with the club was occupied by the search for a route out of the Second Division, but the full-back’s refusal to take his obvious talents elsewhere was an early sign of his loyalty.

So too the day in March 1957 when he married his beloved wife, Joyce, and also helped the Reds claim three points from a clash with Barnsley at Anfield.

Recognition came in the form of the captaincy, and while injury prevented Moran from featuring regularly after the appointment of Bill Shankly in late 1959, he played 16 league games during the 1961-62 season as Liverpool secured a long-awaited return to the top flight.

Two years later, Shankly masterminded the lifting of the First Division title, with the reliable and disciplined Ronnie – now into his 30s – in place for all but seven fixtures of that campaign.

Opportunities proved more fleeting in the following season, however, and Moran missed out on a place in the team as the Reds ended their FA Cup hoodoo by defeating Leeds United at Wembley in May 1965.

His swansong – as a player, at least – instead came at the San Siro in the second leg of the European Cup semi-final with Inter Milan, on a night when Shankly’s men were cruelly denied a shot at the trophy.

Yet, a new and illustrious chapter was about to begin.

“Shanks wants to see you,” Ronnie was told in 1966-67. And the question came: “How would you like to come onto the coaching team? I’ll get you moved up.”

Moran did not have to think for too long when offered that chance to transition into a backroom staff role with Liverpool, adding his experienced – and famously loud – voice to the chorus of men carefully making history at Anfield.

He would become a pillar of the famous Boot Room, the special hub of football intelligence where the methods to make the club a dominant force in England and Europe were discussed, agreed and actioned. 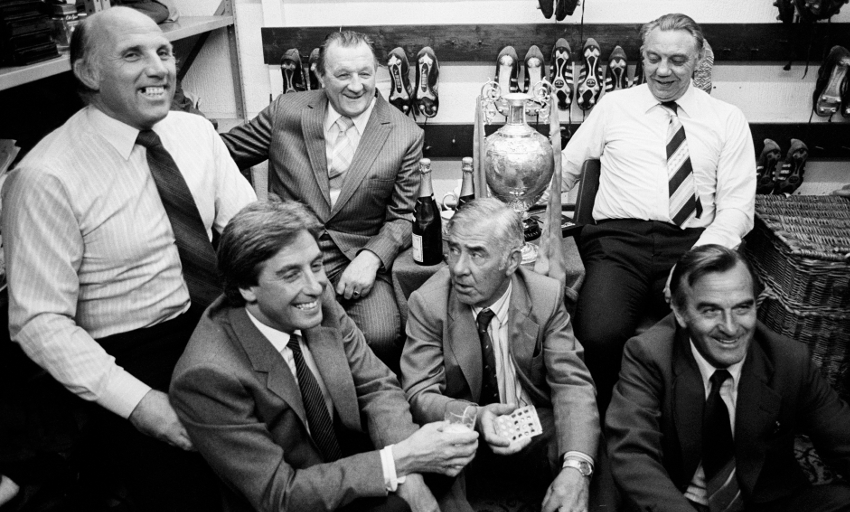 Moran kept and stored comprehensive diaries, which held the details of matches, training sessions, injuries and much more; ‘bibles’ that could be referred back to for learned wisdom.

And from the off, Ronnie demanded the very highest standards.

The merest sign of a drop from the level required of those trusted to represent the club he loved would result in firm, barked reminders served in the sharpest language from the sideline – always designed to ensure the Reds had the edge.

Wins and successes, however grand or important, would be quickly consigned to history. A triumphant end to one season was simply considered the beginning of the work towards the next one.

“I won a few things with them and had a little bit of success,” he said. “You just think ‘well, I’ve done that, can I do it again?’”

Players would come and go, managers would pass on the baton, but Moran was a constant.

From Shankly to Bob Paisley, Joe Fagan to Kenny Dalglish, Graeme Souness and Roy Evans, he was there, Liverpool’s ‘sergeant major’ coaxing the best out of everybody around him.

Ronnie stepped into the role of caretaker manager on two occasions in the early 1990s, too, and proudly led the team out at Wembley for the 1992 FA Cup final against Sunderland, before entering retirement six years later as one of the most successful and respected coaches in the history of English football.

The trophy haul tells you everything: 13 league championships, four European Cups, two UEFA Cups, five FA Cups and five League Cups were put in the cabinet during his 49 years with the club.

He remained a regular visitor to Melwood in his retirement, returning to the training ground as recently as 2016, and had his remarkable life story told in a book launched just last month under the most fitting of titles: ‘Mr Liverpool’.

The thoughts of everybody at Liverpool FC are with Ronnie’s family and friends at this difficult time.

Video: Inside Training - keepy-ups and rondos in Wednesday session