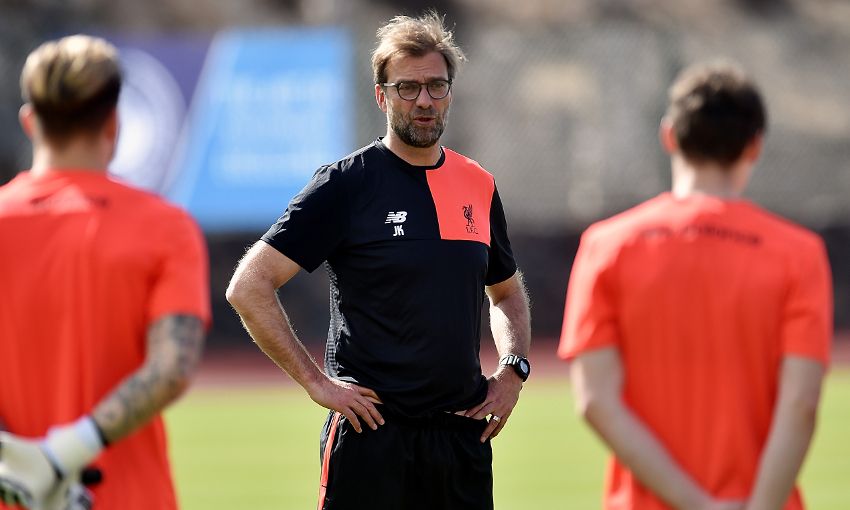 Jürgen Klopp has explained why he believes Liverpool's training camp in Tenerife will benefit his squad ahead of the Merseyside derby.

A party comprising of first-team regulars who are not on international duty, such as James Milner and Joel Matip, and Academy prospects, including Yan Dhanda and Adam Lewis, flew out to the Spanish island on Monday.

Some members of the players’ families have also travelled, with the group set to conclude their stay on Friday - a little over a week before Everton visit Anfield in the Premier League on April 1.

Klopp feels that the chance to sample a different training environment while also spending time with their loved ones could provide his team with a valuable boost before they enter the final stages of the season.

“The players are here because we have to train. It’s a wonderful opportunity that the club gave us, that we can bring all the families with us here, that we have this time and can combine different things,” the boss told Liverpoolfc.com in Tenerife.

“We have new players since we were here last year, so we see the kids, we see the wives too. It’s really nice. When we flew here yesterday the mood and atmosphere on the plane was outstanding - I think we had 30 or 40 kids on the plane!

“So it’s great to be here and I’m really glad the club gave us this opportunity.”

Klopp went on to say that the presence of their families should have a positive effect on the players’ spirits and, subsequently, their performance, too.

“You cannot measure it, but if you think about it you would always say ‘yes, that makes sense’,” he added.

“So, we are completely fine with it, we believe in things like this, we believe in atmosphere and that’s what we try to create. Having families here helps the players. [Also] Mrs Klavan is here with her two boys, while Raggy is with his national team, and that’s really nice.

“It’s not easy to have a completely normal private life as the family of a professional football player but it’s important that the girls know each other and we try to do things like this as often as possible so they all feel comfortable.

“If you [the players] feel comfortable, it’s more likely that you can perform.”

LFCTV GO: Inside Training in Tenerife