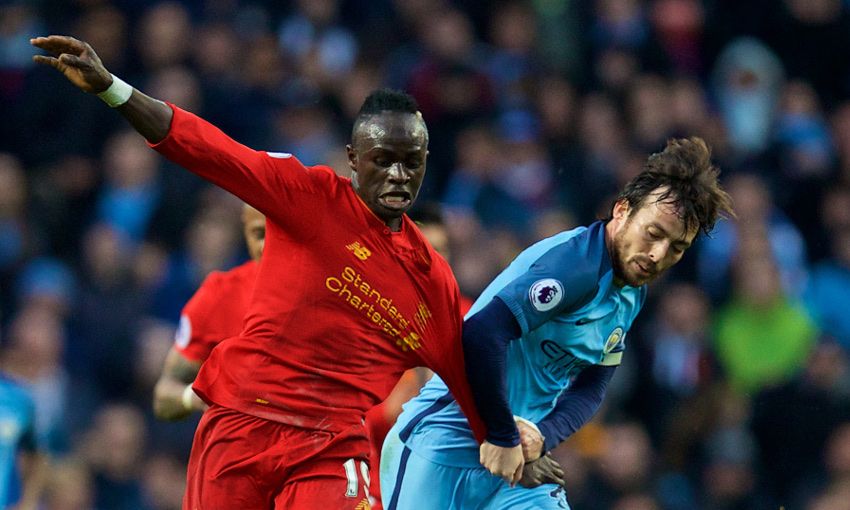 Liverpool and Manchester City took a point apiece from a physical and fierce Premier League clash that concluded with a 1-1 draw on Sunday.

After a fraught and goalless first half at the Etihad Stadium, Jürgen Klopp’s side took the lead through a flawless penalty from James Milner past his old team.

Their advantage was cancelled out by Sergio Aguero, however, with the Argentinian clinically firing home from close range when found by Kevin de Bruyne’s cross.

Both sides had chances to claim victory before and after the second-half exchange of goals, but nothing could separate the Champions League-chasing rivals.

As he had hoped, Klopp was able to name Roberto Firmino in his starting line-up, with Divock Origi dropping to the bench in the only change from last weekend.

Milner captained the side against his former club on the occasion of his 450th league game.

Rain poured down from the skies in the hours before kick-off and showed no signs of relenting once the action got under way, instead adding an extra zip to the early passing exchanges.

From the off City moved the ball quickly and directly into their abundance of attacking players, particularly in wide areas, but 15 minutes passed with only a De Bruyne cross-shot giving either goalkeeper any work to do.

There was no shortage of intensity, though, and a counter attack by the hosts almost ended with a breakthrough at the 20-minute mark.

Emre Can surrendered possession in City territory and the ball was switched to Aguero, Raheem Sterling and then into the run of Leroy Sane off the left, whose pullback across the box was kicked out by Simon Mignolet.

But only to David Silva – who was crestfallen to see his clipped shot sail an inch the wrong side of the left post. 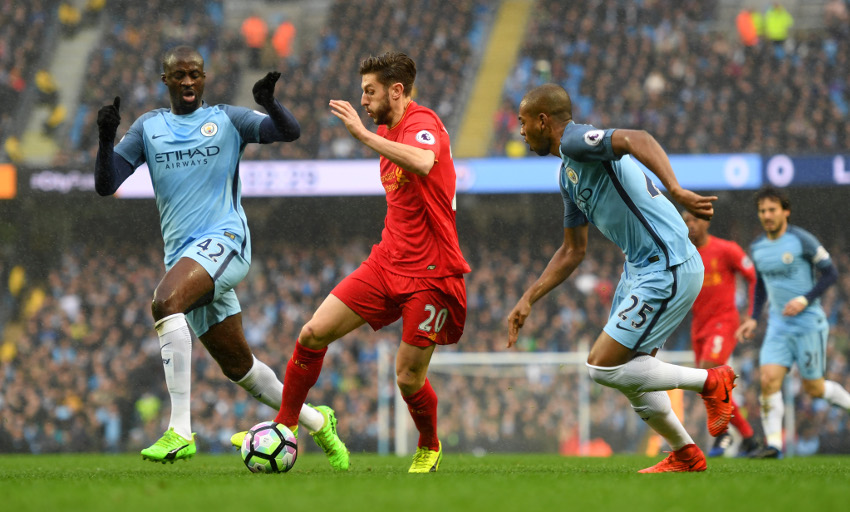 The Senegal international pounced on a slack pass backwards from the halfway line and sped past Nicolas Otamendi for a free run into the penalty area.

City’s No.30 stayed with him all the way and a coming together at the crucial moment prevented Mane from striking cleanly, and his appeals for a penalty were ignored.

Liverpool were growing as a threat and when the ball was worked to Philippe Coutinho in the kind of position he loves – edge of the box, left of centre – he put too much power on his curler.

That said, Pep Guardiola’s team will still be wondering how they didn’t take the lead on 39 minutes.

De Bruyne slid a perfect pass into the area for Silva to spin and seemingly provide the perfect square for Sterling to finish until Milner’s challenge somehow put him off – and Fernandinho prodded the follow-up wide.

Willy Caballero subsequently made saves from Firmino and Adam Lallana as a frenetic half concluded with no goals scored but plenty to talk about during the break.

The teams picked up the pace immediately after the re-start and but for a John Stones block, Mane’s effort from inside the area might have found the net after swift Reds approach play.

They soon had cause to celebrate, anyway.

Can sent a clever lofted pass into Firmino’s run and when the Brazilian was clumsily fouled by Gael Clichy, the referee did not hesitate in pointing to the spot for a penalty.

Up stepped Milner to coolly swipe inside the left post as Caballero dived in the opposite direction, the 50th league goal of the Englishman’s career putting Liverpool ahead in front of the away fans. 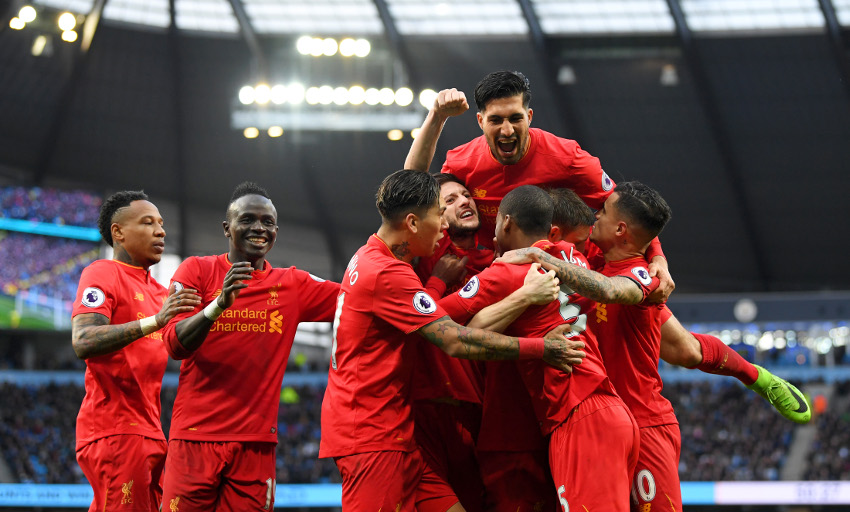 Scolded by the concession, City wasted no time in trying to hit back, committing numbers forward and leaving space for the visitors to potentially exploit on the counter.

One such situation should have brought a second, as Coutinho dribbled infield, waited for the right moment and released a reverse pass to his unmarked compatriot Firmino – but Caballero was out quickly to block.

And Guardiola’s men found the response they craved with 69 minutes on the clock, as Aguero got away from Ragnar Klavan to meet De Bruyne’s delivery with a close-range finish past Mignolet.

City were now hugely in the ascendancy and their goalscorer almost forged a second when he swapped passes with Sane, but lost his footing and De Bruyne’s shot on the rebound glanced off the post.

A sublime Liverpool breakaway launched by the running of Lallana deserved more but he despairingly scuffed the ball when eventually teed up by Firmino, before Sterling broke through and dinked over Mignolet and narrowly wide.

Neither side relented in the search for a decisive second, and an unmarked Aguero blazed over late on, but a winner did not materialise in Manchester and the top-four battle continues.