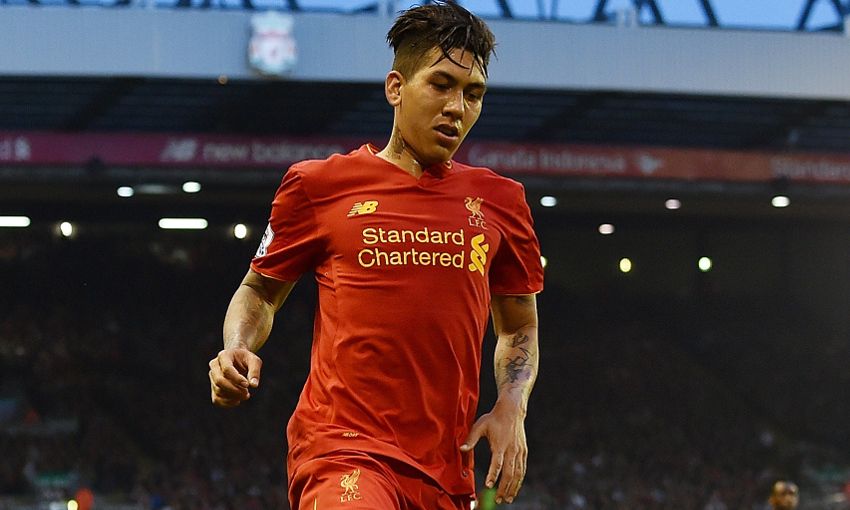 Stats: Reds out to make it five wins in a row against City

Jürgen Klopp is hopeful Roberto Firmino and Divock Origi will be fit to be considered for Liverpool's Premier League clash with Manchester City on Sunday.

Firmino missed last weekend’s victory over Burnley due to injury, while Origi sustained a slight knock this week; however, the former is set for an imminent return to training, while the latter will be carefully assessed ahead of the trip to the Etihad Stadium.

Elsewhere, Dejan Lovren is ready to face City having figured for 75 minutes for the Reds’ U23s on Monday night, but Jordan Henderson (foot) and Daniel Sturridge (hip) are out.

Get the training top Klopp was wearing>>

Klopp told his pre-match press conference at Melwood: “What can I say about the injury situation? So, we missed a few players in training this week.

“Who will not be involved? Hendo, but I said already last week he had no chance. Daniel Sturridge, no chance.

“Roberto Firmino didn’t train with the team so far, but should probably be involved today or tomorrow, so could be an option.

“The icing on the cake is that Divock Origi was off yesterday because he felt a little bit - probably not serious but in our situation we have to be really sensitive. That’s what we did. We will see if he can be involved today or tomorrow, but it’s not 100 per cent.

“We have a few open questions, but Dejan played on Monday night and he is fit.”