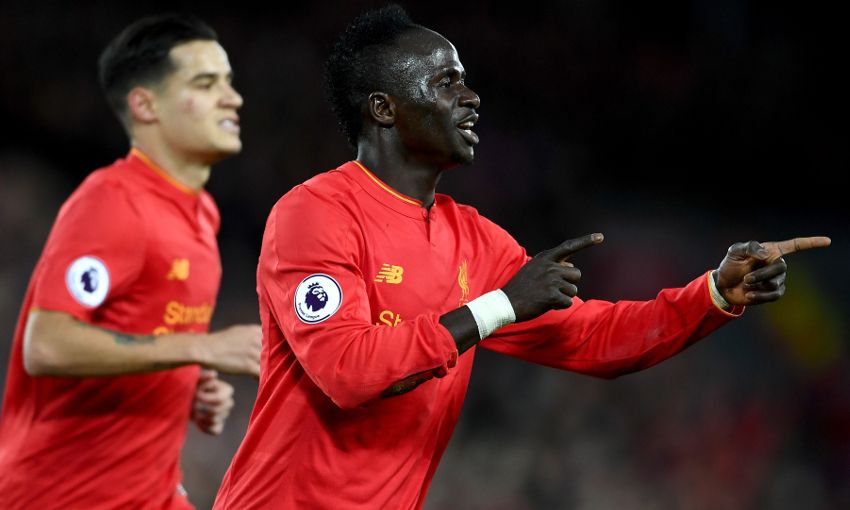 Asked if his scoring record this season has reached any personal targets, Sadio Mane responds as quickly as if he were trying to reach a through ball from a teammate.

“Honestly, I’m a player who doesn’t give importance to these kinds of things. I’m a team player,” the forward tells Liverpoolfc.com days after his 12th Premier League goal of the season.

The dozen was achieved against Arsenal on Saturday night, when Mane profited from the vision of Roberto Firmino to swipe in Liverpool’s second of the game en route to a 3-1 victory at Anfield.

Their roles had been reversed in securing the opener for the Reds as the Senegal international’s cross to the far post teed up his Brazilian colleague to slam a finish into the roof of the net.

And though Mane has already registered his highest goal tally in a single season in the league since arriving in England in 2014, the No.19 does not mind who ultimately has the final touch.

“The only important thing, always, is to score goals for the team and so the team wins,” continued the 24-year-old, February’s Standard Chartered Player of the Month.

“That’s what is always important for us, not whether Adam [Lallana] scores, or I score, or Philippe [Coutinho] scores or someone else. The more important thing is the three points.

“The performance of the team [against Arsenal] was amazing, everybody was giving their best and pushing hard.

“It’s good for us, especially the strikers, to score – and it’s important for the confidence of the team as well. The work of the team was so great; we have players who work as a team. We’re going to try to keep going.” 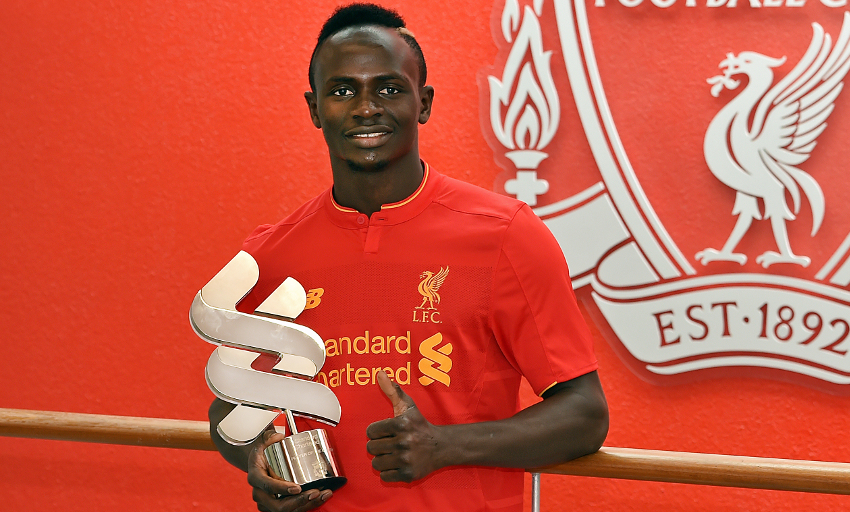 Jürgen Klopp’s side will try to maintain the momentum restored by beating the Gunners in impressive fashion when Burnley visit Anfield this Sunday afternoon.

The Clarets have a formidable record on home soil – including a win over the Reds back in August – but have yet to emerge victorious from an away match in the Premier League this term.

Mane’s perspective ahead of the game is simple: Liverpool have to transfer their level of performance against the rest of the top six into all games to achieve their objective of a Champions League qualification spot.

“We made a fast start [on Saturday] and we controlled the game from the beginning. We created many chances,” he said.

“At times, the second half was a little bit difficult for us, because we had a big team in front of us – one of the biggest in the league. The most important thing was that we got three points.

“It wasn’t easy for us. Now we’re looking forward to working hard and trying to change [our inconsistent form], because if we want to be in the top four we need to be consistent.”

Mane’s combination with Coutinho and Firmino as the lead attacking trio in Klopp’s formation has been an undoubted highlight of the 2016-17 campaign.

And should any of the three find the target this weekend, the summer signing will take the chance to selflessly contribute in another way – to their celebration routine.

“Philippe and Firmino are nice guys,” he said.

“We try to do [a celebration] in training after scoring, or in the dressing room – to dance. I can’t dance! Philippe tries to teach me, or Roberto, so when we score we try to do it.”