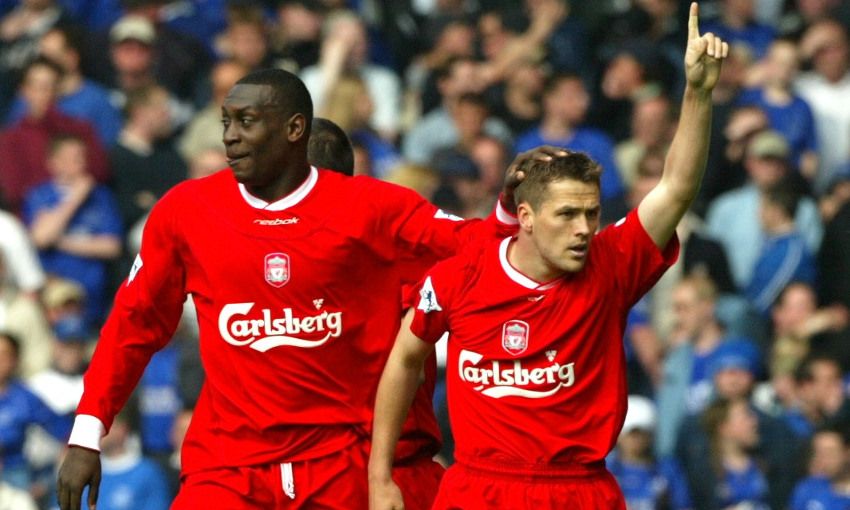 It would be fair to say that without the contributions of Emile Heskey and Michael Owen, Liverpool would have come nowhere near making history in 2000-01.

The pair struck up a prolific partnership during their time together at Anfield, but it was arguably never better than in its first full season - as the goal tally attests.

That year, Gerard Houllier's squad - a perfect blend of hunger, experience, quality and belief - added the UEFA Cup, FA Cup and League Cup to the club's trophy cabinet at the end of a 63-game campaign.

But the brilliance of that collection of players might never have been fully expressed were it not for the men at the top end of the pitch doing what is so often described as 'the hardest thing in football': scoring goals.

A potent mix of pace, physicality, finishing prowess and movement, Heskey and Owen possessed the tools to match any of the strike pairings that graced Anfield down the years.

And, as Heskey recalls in the latest episode of LFCTV's '60 Minutes With...', the 'chemistry' between the pair was immediately evident.

He said: "I was in England U18s and saw Michael come along.

"I'd heard a lot about Michael - from the age of 15 I think he started to get the headlines - and then he came along with us to a couple of games and a tournament. He was just phenomenal.

"You knew with Michael, once he gets an opportunity, he was going to take it - he was great like that from a young age.

"Our chemistry just clicked because I was a guy who was more of a feeder, I'd feed people. And when you've got someone who can finish like Michael, it makes for a good partnership."

Of course, the efforts of Robbie Fowler that season should not be overlooked.

The Scouse forward netted 17 goals of his own in all competitions and, perhaps most importantly, kept his fellow strikers on their toes.

Heskey added: "You grow up watching players like that and from a young age you see him smashing in goals left, right and centre. Left foot, right foot, headers, volleys - the lot, he had everything.

"You'd see him training as well, he'd say 'I'm going to shoot, Emile where do you want the ball? Put it in that stanchion?' Bang. He'd put it in the stanchion. 'Side-netting?' Bang. 'Crossbar and in?' Bang. He was a wonderful player."

'60 Minutes With... Emile Heskey' premieres on LFCTV at 9pm GMT tonight and will be available on demand on LFCTV GO. Click here for more information.

'Mane influences Reds even when he's not scoring'

April 1 in LFC history: Cup success and Fowler jumps ahead of the King

Heskey to Gary Mac: 10 players to represent Liverpool and Leicester