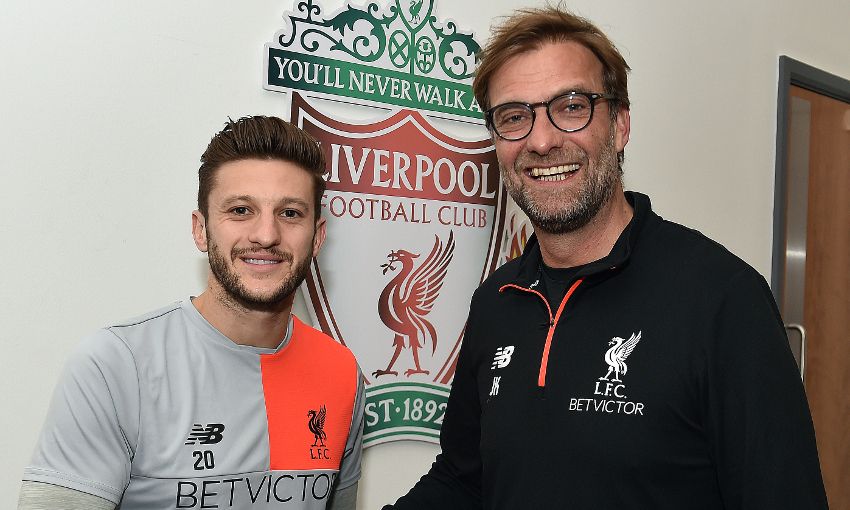 Jürgen Klopp today responded to news of Adam Lallana’s new long-term Liverpool contract by declaring the midfielder’s best years are still firmly ahead of him.

The Reds announced on Wednesday morning the 28-year-old had committed his future to the club by penning fresh terms at Melwood.

It’s a deal that has delighted Klopp, who feels Lallana not only sets the perfect example with his desire and passion on the pitch, but also his professionalism and work ethic off it each day.

The manager told Liverpoolfc.com: "This is fantastic news for the club because Adam is a great player and an even better person. I am so pleased that we will spend more time together now and have this common future with LFC trying to be successful here.

"Adam is a natural leader and is so, so important within our team and also in the dressing room. Maybe on the outside his leadership is not seen as much as we see it each and every day at Melwood in everything he does.

"What I think is most exciting about this news is that this player is only just arriving at his peak. He has his very best years ahead of him and they will be at LFC. He is in fantastic shape and his passion for football is as high as I have seen in a player – you not only see that out on the pitch in matches, but also in training here at Melwood.

"People talk about his progression and his improvement in the last 18 months, but for me he has shown this quality since my first day at Liverpool.

"He has a world-class attitude to go with outstanding ability: that’s not a bad combination!

“Our younger players will now be able to benefit from watching, listening and learning from him for an even longer period because he sets the perfect example each and every day."

Adam Lallana signs new long-term Liverpool FC deal
Lallana: I didn’t hesitate for even a second over new deal
Melwood photos: Adam puts pen to paper
Adam Lallana: Inside the body and mind of a Liverpool player
Gallery: Lallana at Liverpool - the story so far