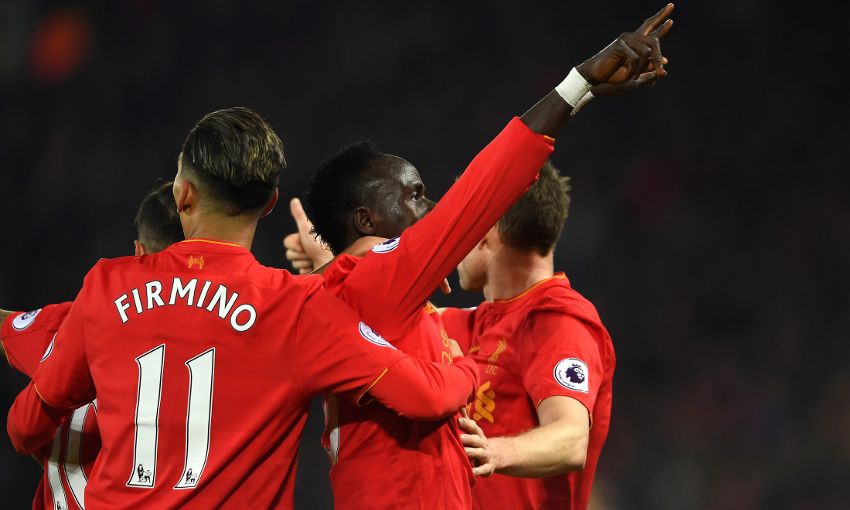 Sadio Mane pointed to Liverpool's rapid start as the catalyst for a morale-boosting Anfield victory over Tottenham Hotspur on Saturday night.

The No.19 was in scintillating form throughout the Premier League clash and particularly during a first-half blitz which brought two goals for him and the team.

Mane’s opener was created by a sublime Georginio Wijnaldum through ball and finished with aplomb, before his second came courtesy of incessant pressing by the Reds and another assured hit inside the box.

Jürgen Klopp’s side were full value for their result – and the goalscorer explained afterwards that the players were determined to show a reaction following recent poor form.

LFCTV GO: Mane on a great night at Anfield

“It was amazing,” Mane told Liverpoolfc.com. “We are very happy to get the three points.

“It was not easy in the last few weeks, but it’s football and that can happen. More important is the reaction – we did it and we’re just going to try to keep going.

“The difference was the quick start. At 2-0, we stayed compact as a team and worked together.

“We’re doing our best all the time on the pitch. Until now, nothing is done. We’re going to take it game by game until the end of the season.”

Though Mane took most of the headlines with his brace, Liverpool rediscovered their brilliant best as a collective, swarming all over Spurs in search of goals under the floodlights.

And while the Senegal forward was satisfied with finding the net on this occasion, he insisted nobody in the squad minds who is on the scoresheet – provided wins are earned.

He added: “I’m happy to score. It’s very good for the team. I’m a striker – you have to score and make your team win.

“Today it’s me; tomorrow, [Roberto] Firmino; and after tomorrow, Philippe [Coutinho]. The most important [thing] is the three points.”