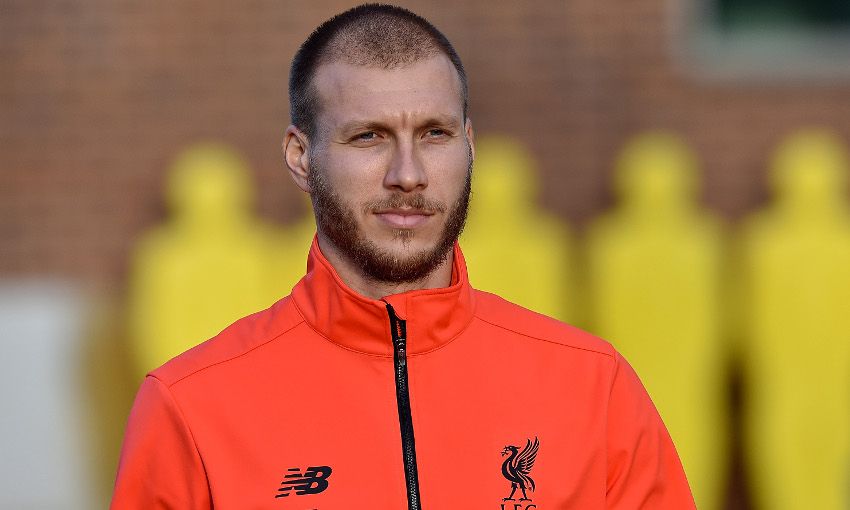 Ragnar Klavan knows all about how hard it can be for visiting players to show their best at Anfield, and believes that factor could be key to Liverpool enjoying a successful end to the season.

Prior to sealing a summer switch to Merseyside, the defender had the opportunity to play in front of the Kop as he visited with Augsburg for a Europa League last 32 second leg clash last season.

On that occasion, an early James Milner penalty put the Reds in front on aggregate, while a typically raucous home crowd helped see out a nervy finish to the tie for Jürgen Klopp's team.

Klavan has since had the chance to benefit from such support and, with Liverpool set to play eight of their 14 remaining fixtures at home in their chase for a top-four finish, he has acknowledged the part supporters could play.

"I have sampled playing against Liverpool here and it is really hard. All these supporters create this whole club and you have that sense of representing them," he told the latest edition of the club's official monthly magazine.

"Our fans can make a big impact on the rest of our season; it is a big boost for us when they are with us from the first minute to the last.

"The game against Manchester City was a perfect example. We were leading but they were pressuing us more in the second half, getting more possession and pushing us a little bit downfield.

"You could sense that the crowd understood that we were having a few difficult moments so they started cheering us all the more which gave us the extra energy to stay in the game and keep on fighting."

The Estonia international also described the unique feeling of walking out at one of English football's iconic grounds wearing the liverbird.

"It's not too easy to describe the feeling you get walking out as a Liverpool player," he added.

"People talk a lot about getting goosebumps when the fans sing 'You'll Never Walk Alone' but it was true for me the first time, too, even when I was sitting on the bench as a Liverpool player.

"That says a lot about the impact of the stadium and the people inside it. When I made my debut against Hull City it was very special for me to walk out in front of those people and have them cheering us on.

"It is something special in everybody's life who steps out onto the Anfield pitch to play for Liverpool."