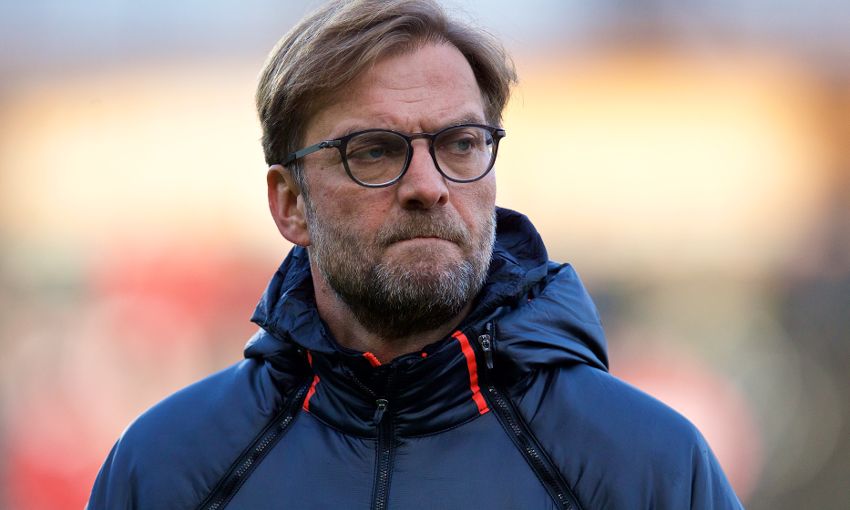 Jürgen Klopp admitted a reaction is needed from everyone at Liverpool this week after the 2-0 defeat at Hull City.

The Reds’ disappointing run of form in 2017 was extended at the KCOM Stadium on Saturday, with goals from Alfred N’Diaye and Oumar Niasse claiming the points for the hosts.

Klopp’s charges had hoped to build on the creditable 1-1 draw with Premier League leaders Chelsea which preceded the trip to Hull.

But the result against the Tigers means a response is now required when Tottenham Hotspur journey to Anfield this coming weekend – and Klopp has called for all involved to make that happen.

“I don’t like it but we have to accept it that people now say we have a wonderful record against the top teams, but then against the other teams we have not even a kind of a record.

“It’s the right thing to say in this moment and that feels really hard. Actually, I’m not used to things like this, because for most of the time in my life I have played and worked for a ‘weaker team’, if you want, and we never had a chance when the other team was at 100 per cent.

“So, we should be at 100 per cent. That’s what we have to do in the dressing room, on the pitch and at the training ground – showing a reaction.”