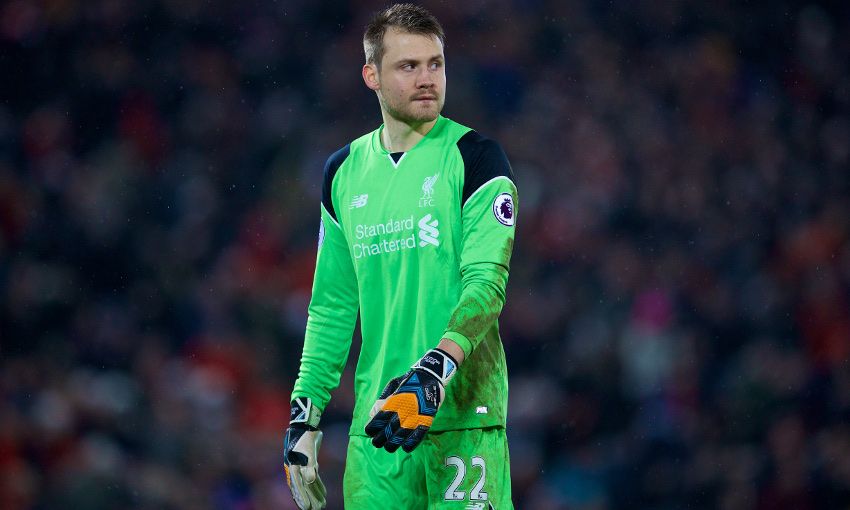 Simon Mignolet has lifted the lid on the approach that has seen him save six of the 14 penalties he has faced for Liverpool.

The Belgian enhanced his reputation for spot-kick heroics on Tuesday as he kept out a late Diego Costa effort to help the Reds claim a point against Chelsea.

But, speaking as a guest on LFC Later, a humble Mignolet explained that a degree good fortune came into play in the case of his latest stop.

The withdrawal of Eden Hazard moments prior to the kick being awarded meant the No.22's dive owed a lot less to careful research than it might have.

He said: "It was actually one of the first chances I had to save a penalty at the Kop end. Just before that, Eden Hazard, who's normally the penalty taker for Chelsea, had gone off as a substitute, so it was going to be Diego Costa.

"We prepared all week for Hazard but luckily I chose the right way and managed to keep it out because it was one of those where it could easily have crept under me, it was quite close to my body."

Mignolet is only happy to admit that luck is, in fact, so often a large part of denying opponents from 12 yards out.

But he says preparation and timing are also key elements from a goalkeeper's perspective.

He explained: "It depends if you've faced one before that or somebody's got a favourite side.

"You can sometimes say a little thing to put them off but most of these penalty takers have a routine and they're so confident in their own abilities otherwise they wouldn't be taking penalties.

"First of all, you have to know and pick the right angle, then the timing has to be right, and then you're a bit dependent on how the penalty has actually been taken. In the end, it's a bit of luck to keep it out."

When asked to pick a favourite of his six spot-kick stops for the club so far, Mignolet opted for his debut save against Stoke City back in August 2013.

And he equated the feeling of keeping Jon Walters' attempt out to that of scoring a goal.

He said: "The one on my debut, of course. I think it's one of those scenarios you dream of as a kid.

"I don't think it happens very often as a 'keeper you can change results or anything like that.

"We can't score a goal but a penalty save is in some ways a bit similar, so that one is my favourite and one of the moments you will never forget in your career."

LFCTV GO subscribers can watch the fourth episode of LFC Later, featuring special guests Simon Mignolet and Jan Molby, in full below. Not yet signed up? Click here to find out more.