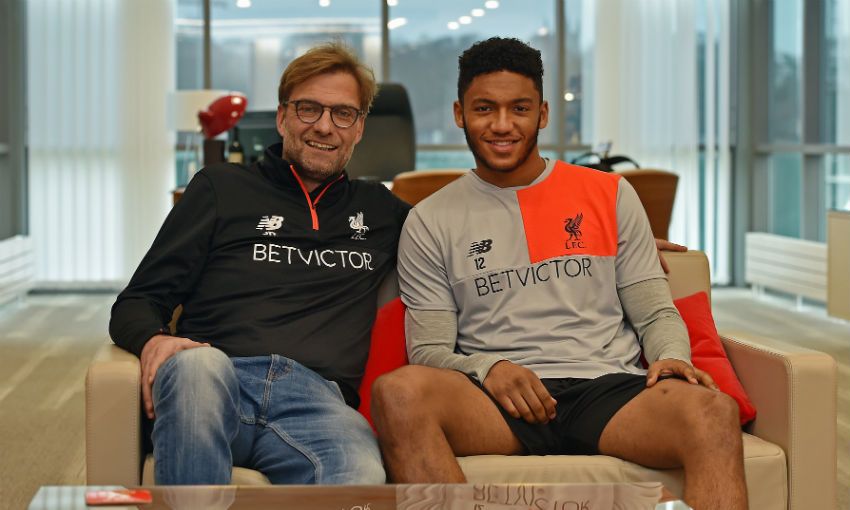 Jürgen Klopp believes Liverpool will reap the benefits of securing Joe Gomez on a new long-term contract due to the enormous potential the defender possesses.

The 19-year-old penned fresh terms - which will come into effect from July 1, 2017 - with the Reds at Melwood on Friday afternoon to dedicate his future to the club.

The news comes in the same month Gomez made his long-awaited first-team return from the injury setbacks that had sidelined him for 15 months, as he featured in the FA Cup meetings with Plymouth Argyle.

And while Klopp feels the England U21 international has plenty to offer Liverpool now, he is confident he will continue to develop into an even better player over the course of his new deal.

The manager told Liverpoolfc.com: "I am really excited about this news because of the incredible potential Joe has - and now we know he will be fulfilling it with us at LFC.

"He has had setbacks since he has been here, none more so than his injury, but the really top players react to setbacks and problems in the most positive way possible and he has done that.

"You can see here every day at Melwood in the way the players and staff interact with him, what a popular guy he is with everyone and that is because of his positive attitude, even when he's faced the most difficult of challenges.

"What we can give him is the precious commodity of time; we will give him the time to develop and improve, to learn even more and to become stronger and better.

"We will invest our time into him and allow him the space to develop and become the player we know he can be. Today's contract announcement only strengthens this resolve. He will have a big role to play in our future, but he's also important for our present.

"He has all the attributes you need to succeed at the very highest level in his position. That is on the physical and the mental side, he has it all. But I think it's his hunger and willingness to learn that will serve him best in his career."

Watch our exclusive interview with Joe Gomez on his new contract on LFCTV GO now. For details on how to sign up, click here.