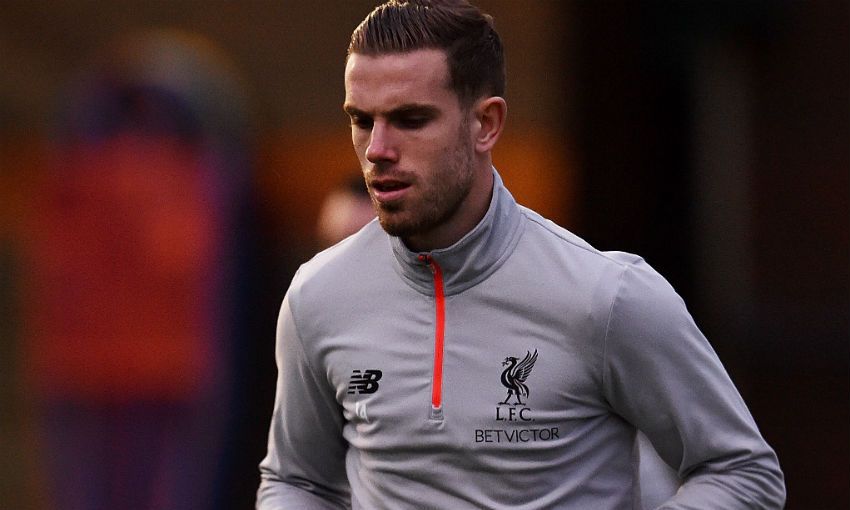 Jordan Henderson's heel problem is not of undue concern to Jürgen Klopp, who insists his captain is able to play through the discomfort it is causing him.

Liverpool skipper Henderson missed three games at the start of January after being forced off during the Reds’ 1-0 victory over Manchester City on New Year’s Eve.

He returned to Klopp’s starting line-up for the trip to Manchester United eight days ago, completing 90 minutes at Old Trafford before doing the same when Swansea City visited Anfield on Saturday.

Henderson struggled with an injury to his other heel last season and Klopp was asked this afternoon whether the midfielder’s current issue needs to be managed in the same way.

“It’s different, it’s similar but still different. We know much more from last year about it,” the boss said.

“We don’t train a lot in this period between the games so instead of running one day, when the players who have played 90 minutes are running for recovery, he’s on the bike - that’s maybe the only difference with what we do with him.

“The rest is how I said - you don’t use the phrase ‘bite on his teeth’ [grit his teeth]? You know what it means, it’s not the moment to feel nothing, he always feels a little bit, but he can cope with it.”

Klopp also confirmed that the problem was not hindering Henderson in the second half against Swansea.

“It was not his heel, he got a knock,” the manager explained.

On whether he has any fresh injury concerns heading into Wednesday’s EFL Cup semi-final second leg with Southampton, the boss simply replied: “No.”