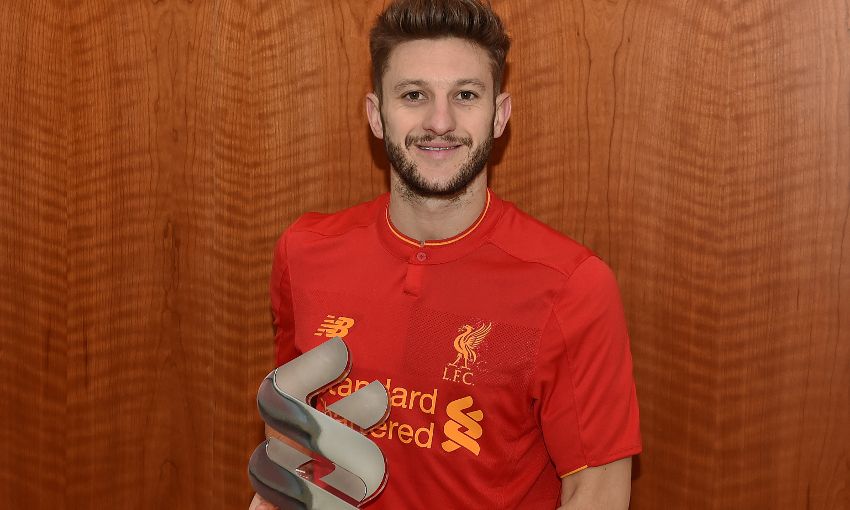 Adam Lallana was today named as Liverpool's Standard Chartered Player of the Month for December – but insisted he would not have been able to win the accolade if it wasn't for the contributions of his teammates.

The playmaker accepted the award at Melwood after tallying an incredible 55 per cent of the fans’ vote in a poll held on this website.

Lallana made six appearances for the Reds in December following a comeback from injury at the start of the month as a substitute against Bournemouth.

He helped himself to four goals as 2016 drew to a close, opening the scoring in the home draw with West Ham United before grabbing a brace to help Liverpool to a 3-0 win at Middlesbrough. His final strike then sparked the comeback as Stoke City were dispatched 4-1 at Anfield on December 27.

Upon being presented with the trophy, Lallana told Liverpoolfc.com: “My teammates have contributed massively. Whoever wins the award, it’s nice for them to win it – but it’s always on behalf of the team.

“If you go through the whole team, everyone has put shifts in. We’ve had a couple of injuries as well, so everyone has needed to step up to the plate.

“With Sadio going away now, hopefully we can get Phil back fit, everyone can chip in and we can hopefully have another good month.”

It’s the second time Lallana has scooped the prize this season, having also claimed the vote of the supporters for his performances in September. 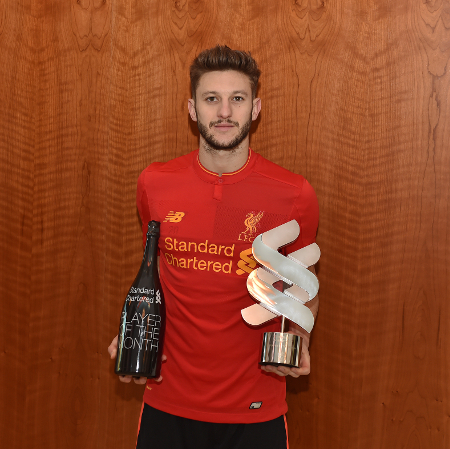 He continued: “I think things went well for the team during the month – and obviously we’d have loved to have got the three points against Sunderland, too.

“But if you reverse that result with the City one and we win in the second game, then I think you take it and you’re more positive.

“As a whole, the Christmas period was probably good for us, even though other teams around us won as well. Now we’ve got another big month coming up against some big teams, so we’ve got to keep looking forward and keep improving.

“We’ve got the FA Cup this Sunday, which everyone is looking forward to – we love the FA Cup. We’re in the semis of the League Cup and then obviously United away is a tasty fixture to look forward to.”